How to be honorable, Seth Godin 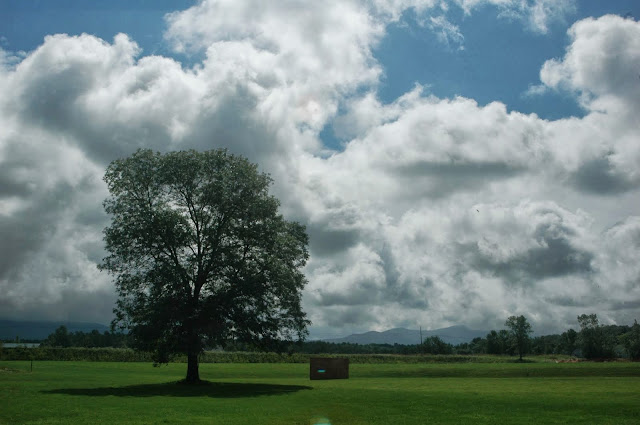 How to be honorable, Seth Godin

Honorable men (at least that’s what they called themselves) used to settle their disputes with dueling pistols.

Honorable women used to bind their feet and shame others that didn’t.

Honorable humans used to own slaves.

“Honorable” has always been measured against the current culture, not an absolute of what we’re capable of.

Over time, then, as the culture changes, what used to be honorable becomes dishonorable.

Sticking with it because it’s always been that way is a truly lousy reason to persist in a behavior that causes harm.
Posted by Peter Carey on Thursday, January 17, 2019 No comments: 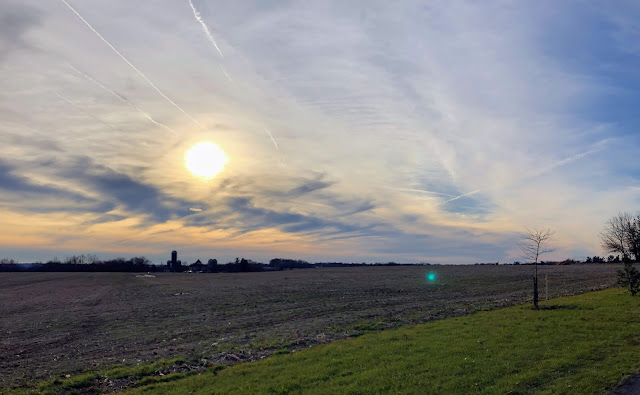 The essence of the rule is that once you have great power, you need to take the responsibility that goes with it.

And yet, it’s backfiring.

It’s backfiring because so many walk away from their great power. They walk away because they don’t want the responsibility.

We have the power to vote, but decide to stay home and whine.

The power to innovate, but ask for rules of thumb instead.

The power to lend a hand, but walk away.

In a democracy, we each have more power to speak up and to connect than we imagine. But most people don’t publish their best work or seek to organize people who care. Most of the time, it’s far easier to avert our eyes or blame the system or the tech or the dominant power structure.

There are millions who insist we’d be better of with a monarchy. The main reason: what happens after that is no longer their responsibility. Go work for the man, it saves you from having to be responsible.

Culture is what we build, and that’s powerful.
Posted by Peter Carey on Saturday, January 05, 2019 No comments: 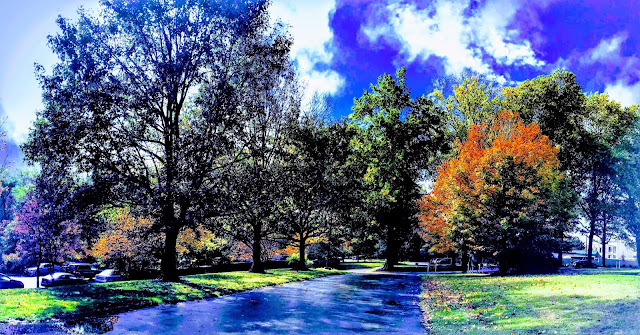 “We all live lives that are complicated and that at times, with infinite variation, feel overwhelming. But we know people in our immediate world who step beyond themselves, into care. If you know them up close, you know they are not saints or heroes—take note of that, and take comfort. Feel how when you extend a kindness, however simple, you are energized and not depleted.”
-Krista Tippett, Becoming Wise: An Inquiry into the Mystery and Art of Living, page 136.
Posted by Peter Carey on Wednesday, January 02, 2019 No comments:

The Rev. Jennifer Andrews-Weckerly ‘09 joined Hickory Neck Episcopal Church, outside of Williamsburg, VA, as Rector in April 2016.  Previously she had served as Rector of St. Margaret’s Episcopal Church in Plainview, NY since 2011.  Prior to St. Margaret’s, she served as the Curate and Assistant Rector at Christ Church Christiana Hundred from 2009-2011, and as a seminarian at Grace Episcopal Church in Alexandria, Virginia.  She has served on various Diocesan Boards and Committees and is currently involved in task forces on housing and racial reconciliation in Williamsburg.

Jennifer would be delighted to serve on the AAEC.  Serving on AAEC would be a way to give back to the Seminary, and she would enjoy helping strengthen relationships between alumni and the Seminary.  She brings the perspective of someone who has served in a variety of settings, who enjoys connecting with alumni across the years, and who wants to strengthen the Seminary for the future.

The Rev. Theodora (Teddy) Brooks ’92 is the Vicar of St. Margaret’s Episcopal Church in the Longwood community of the South Bronx and serves the Church both on the Diocesan and National levels. In addition, she serves on the Boards of community organizations located the South Bronx that are committed to community development, housing and human services; health, wellness, and self-sufficiency; food justice and economic empowerment. In spite of her life and ministry here in the United States, she is deeply committed to the land of her birth and the incredible ministry of the Episcopal Diocese of Liberia.

Teddy received her undergraduate degree in Theology at Cuttington University. After graduation she was ordained to the diaconate and to the priesthood by the Most Rev. George Daniel Browne, Archbishop of the Province of West Africa and Bishop of the Diocese of the Episcopal Church Liberia. In addition to parish ministry there, she worked on the Archbishop’s staff. She was the first woman ordained in the Anglican Province of West Africa.

In addition to her M.Div. degree from VTS, Teddy received a Masters of Sacred Theology degree from General Theological Seminary. She was named a Trinity Transformational Fellow of Trinity Wall Street in 2008. Her leadership at St. Margaret’s, a 120 year-old congregation located in one of the poorest congressional districts in the U.S., together with the congregation’s commitment to serve God's love through the Word, Sacraments, Hospitality and Outreach Ministries, personifies Jesus’ words, “In as much as you did it for the least of these, you did it for me!”

The Rev. Todd Bruce ’07 has been the rector of Trinity Episcopal Church in Folsom, CA since November of 2012. Before Trinity Folsom, he served as the associate rector of St. Paul’s in Kansas City, MO from 2007-2012, and was a seminarian at St. Columba’s in Washington, DC. He has served on several diocesan task forces, boards, and bishop search committees, and has served as a VTS class steward.

Originally from the Diocese of Atlanta, Todd was graduated from the University of Georgia in 2002 with a degree in Art History. He was raised in the Missionary Baptist Church, joining The Episcopal Church in his freshman year of college and serving as a student leader at The Episcopal Center at UGA. He’s particularly interested in evangelism to the “nones,” reversing decline in older parishes, and developing adult Christian education programs.

Todd would be honored to serve VTS on the AAEC. He hopes to help VTS continue to raise its profile in the West, connecting alumni and spreading the news about the good things happening on the Holy Hill on the other side of the continent.

Father Willis Foster ’10 has been the Rector of St Stephen’s Episcopal Church in Petersburg, Virginia since 2010.  Before following his call to ordained ministry, Fr. Foster served for 30 plus years in various leadership roles in military service, then on the faculty of Regent University’s Center of Leadership Studies as an Assistant Professor, and later as a civilian consultant to the Department of the Navy and the Joint Chiefs of Staff.

He is a board member of the Crisis Assistance Response Emergency Shelter (CARES). CARES operates the only emergency shelter for women and children in the Tri-Cities area of Chesterfield, Colonial Heights, Dinwiddie, Hopewell, Petersburg and Prince George.

Fr. Foster’s undergraduate degree is in Sociology, and in addition to his M.Div. from VTS, he also holds a Master of Science Degree in Management from Troy State University, and post graduate work in Higher Education Administration from Old Dominion University. He has completed the Center for Congregational Health’s Intentional Interim Training. He is active in the Union of Black Episcopalians and has served as a Deputy for the Diocese of Virginia at the 78th and 79th General Conventions of the Episcopal Church.

The Rev. Sarah Hurlburt (nee, Midzalkowski) '04 served as Associate in charge of campus ministry at Trinity Fredericksburg, VA before becoming the Episcopal Chaplain to Michigan State University in '07. Working with strong ecumenical and interfaith relationships, she created partnerships in ministry that serve her community. She treasures her experiences at VTS with Rabbi Moline and with Imam Shamshad A. Nasir from her work as seminarian at Transfiguration, Silver Spring, MD.

Graduating from the University of Florida '92 in Theater Costuming, Sarah worked in NYC on Broadway. St. Thomas Church 5th Ave. was her sending parish and New York her sending diocese to VTS.
Sarah is the rector of St. Paul's Episcopal Church in Jackson, MI where she loves being priest and pastor to her congregation and a leader in the community. She is currently working with Michigan Faith in Action to address chronic problems in Jackson.

Sarah is rooted in liturgical prayer, meditating on the love of God and enjoying married life with her wife Dee. She hopes her experience as both a campus minister working with young people and a rector working for renewal in her community will be of service to the VTS AAEC and Alumni membership.

The Rev. Canon Mary Sulerud ‘88 currently serves as Canon for Discernment and Congregational Vitality where she gets to serve her passions for aiding God’s people in discerning their call to lay and ordained ministry, as well as help congregations hear God’s call to be formed as disciples in the way of God’s love and engage in the mission to reconcile the world to God’s love. She is also one of the facilitators for the Diocesan program of racial reconciliation, Seeing the Face of God in Each Other, and the renewed program of Fresh Start.

In her 30 years of ordained ministry she has been an interim rector in four congregations in Maryland and Virginia and the interim director of the worship department of the Washington National Cathedral twice. She has served as an associate rector at St Stephen’s in Richmond, VA, the rector of Ascension, Silver Spring and assistant rector at Grace, Alexandria. She was the canon for Stewardship and then Canon for Transitions and Ordinations in the Diocese of Washington. She served two terms on the General Board of Examining Chaplains.

Mary received her B.S. degree from St Cloud State University and her M.Div. from Virginia Theological Seminary. She has served as a consultant in stewardship, congregational vitality and search transition processes in dioceses throughout the mid-Atlantic. She also teaches and consults in areas that range from faith formation for children and adults and reconciliation of congregational conflict.
Posted by Peter Carey on Tuesday, January 01, 2019 No comments: