Since I was just ordained to the transitional diaconate 6 days ago, my wife and family are just at the beginning of the adjustment period for learning some of the issues of being a "clergy family" and a "clergy spouse." Luckily, my sponsoring rector and his spouse have been good models for us, as well as several other priests that we know. Also, during seminary my wife made close friends to discuss some of the implications of being a clergy spouse.

I was on the Episcopal Cafe blog and found this entry on "A Priest's Wife Buys Underwear" written by Sara Mcginley, which is just wonderful, insightful and hilarious. I surfed over to her other blog called "Sara Mcginley" and it is also great ... 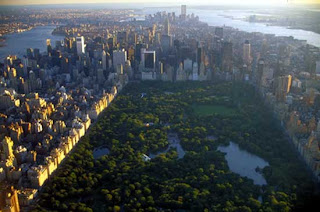 We are about to move to New York for the summer, where I will be exercising my diaconal ministry mostly serving those in need ... in this case, I will be watching my two young boys (under 5 years old) while my wife pursues a master's degree. After she has supported me in seminary for three years (as well as the discernment process before that!), it is really the least I can do. Do I have some trepidation about being in New York City and have as my charges two energized young boys for 8-9 hours a day? Well, yes I do. I hope to reflect upon this intensive parenting and "incarnational" spiritual practice in this blog, as well as post them in a new blog dedicated to my deacon summer in NYC.

There is a lot to do in NYC and I am excited about the adventure, I'm sure it will be formational for me!
Posted by Peter Carey on Friday, June 15, 2007