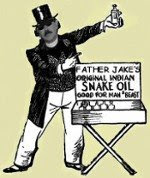 One of the (probably too) many blogs that I read on the Anglican Communion is Father Jake Stops the World, his blog is edgy, provocative, and never without a lot of pithy Truth. He calls them as he sees them, and while I don't always agree with everything he writes, he gets me thinking, and gets me seeing things in new and nuanced ways. His entry today on "Exporting Schism" is provocative and very interesting:

"Since the schism in North America is being heralded as a great success, having gained the allegiance of 5 diocesan bishops (out of 110) and 60 congregations (out of 7,600), it appears that the same tactics will now be exported to England.

...Reform also says it will bring in foreign archbishops to ordain priests in dioceses where incumbent bishops refuse to disassociate themselves from the American church, which appointed the openly homosexual Bishop of New Hampshire in 2003...

...The Rev Rod Thomas, the chairman elect of Reform, said: "The situation in the Anglican communion is so serious now that we have to plan for an inevitable split in the Church of England from top to bottom"...

Reform is a group that describes itself as "a network of churches and individuals within the Church of England, committed to the reform of ourselves, our congregation and our world by the gospel." Their "reform" seems to be primarily about getting rid of the gays.:


Read the rest of it HERE.