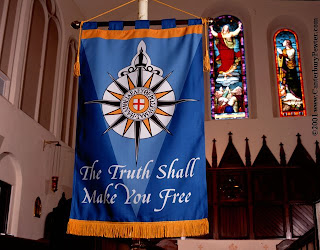 When I began this blog I thought I would spend a good deal of time commenting on the goings-on of the Anglican Communion, and especially the several controversies that are present in this body currently. I must admit that I do still read a dozen or more blogs that cover and comment upon (and create?) these disagreements, I have found that there is so much more going on nearby and far away, that I can't seem to muster a lot of energy for all of it. That said, I do know that people are struggling and are feeling hurt in many areas, and I do pray for them - and try to help when I can. I found this piece over at "the anglican centrist" to be especially appropriate, pithy, and descriptive of the situation, and I pretty much agree with Father Jones' impressions of the current state of affairs. I've posted a bit of it, and the rest you can find HERE.

In all truth - I am so bored with this story that I have ceased to follow it too closely or think about it very much.

The bottom line is this: the leadership of the Episcopal Church has responded to the broad-daylight plotting of bishops Duncan, Scofield and Iker to form an alternative Anglican ecclesiastical entity in the United States, with offshore primatial 'oversight,' so that they may transfer the current property of the Episcopal Church in those dioceses, which like any one of these United States - to make a secular analogy -- are not free to secede from the Union. Not surprisingly, these men have cried, "Persecution!"