San Joaquin's Standing Committee Says NO to the Cone! 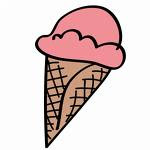 From The Episcopal Cafe:

Dan Martins is reporting on his blog, Confessions of a Carioca, that six of the eight members of the Standing Committee of the Diocese of San Joaquin have refused to become members of the Province of the Southern Cone. Bishop Schofield has renounced his membership in The Episcopal Church and joined the Province in South America.

The message from Bishop Schofield:

On December 8th at our Diocesan Convention the overwhelming vote to transfer from the Episcopal Church to the Province of the Southern Cone was passed. At that time I became a member of the House of Bishops of that Province. Therefore, the Standing Committee, which is my council of advice, must be composed of clergy members who are Anglican priests of the Southern Cone. This is required by Diocesan Canons and the Archbishop of the Southern Cone of South America, who writes:

Then we have this , from the duly-elected president of the Standing Committee:

During the Standing Committee meeting of January 19th, the Bishop determined that the elected members of the Standing Committee who had not publicly affirmed their standing in the Southern Cone [whose congregations are in discernment, some over the legality of convention's actions] were unqualified to hold any position of leadership in the Diocese, including any elected office. He pronounced us as unqualified. No resignations were given. The question of resignations was raised and rejected. The members of the committee at this morning's meeting were quite clear on this point, we did not resign, we were declared unqualified to hold office. The Bishop's decision affects up to 6 of the 8 elected members of the Committee including all of the clergy members.

Heh, maybe they should just follow Schofield's lead and ignore his declaration that they are unqualified.

I can't help but think about other contexts where this would come in handy:

"well, officer, I will not participate in this speeding ticket"

"well, boss, I will not participate in you terminating my employment"

"well boyfriend/girlfriend, I will not participate in you breaking up with me"

I pray that we can keep our sense of humor about some of this!