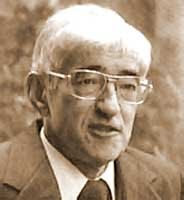 The Pope should convene the Third Vatican Council so that the hierarchy can solemnly return the gift of infallibility, and beg instead for the gift of accuracy, and maybe also for the gifts of transparency, honesty, and integrity?

The Roman Catholic Church is a hierarchy, a tradition, and a community==these three but the greatest of these is community. And that is the root of the problem. The hierarchy has first separated itself from and then equated itself with not only the tradition in its ongoing development but even the community in its living reality. That is why one often hears that “the Church teaches” something when it only means that “the hierarchy teaches” it.

The hierarchy often replies that the church is not a democracy, But, then, neither is it an tyranny. It is the People of God in its triadic interaction of—in this order—community, tradition, and hierarchy. To understand the hierarchy’s abuse of power within God’s people, we start with the New Testament from which the hierarchy claims its authority, ...