The Rev. James Richardson is the new rector at St. Paul's Memorial, Charlottesville, and he has a great blog called "Fiat Lux" in which he comments on his ministry, on observations about his community, and about worship. Today's post was about some changes that the church is making in terms of how they "do" liturgy - below is an excerpt, read it all HERE.

Those of you who were with us at our 10 a.m. service today noticed a few changes in how we did things. I’d like to explain what we did and why, and invite your conversation as we continue to see what works, and what doesn’t.

After our procession and opening hymn, we began today’s service at the Holy Table, with all of the clergy assembled together. You may have noticed that the Table had only candles and books. Think of all this as a meal in two parts, the Liturgy of Word and then the Liturgy of the Eucharist. In the Liturgy of Word – the first part – we gather around the Table to hear the old stories of our ancestors, the story of salvation contained in Holy Scriptures. We are not ready to eat yet until we hear the ancient story of salvation and how we are part of that story. Symbolic of the centrality of the story of salvation is the placement on the Holy Table of the book containing the Holy Gospels. The chalices and patens for our meal were elsewhere (more on that in a minute).

2)
The blog, "Leave it lay where Jesus flang it" is the blog of another Episcopal Priest who is willing to really call a spade a spade in terms of hypocrisy and injustice. She is a rector of a church in the South, though is from the West (left?) coast. She is a good writer, and a keen observer of things "churchy" and not "churchy." Whether or not you agree with all that she writes is of no matter - the blog is great fun to read, and it's great to see whose feathers she is going to ruffle! Below is an excerpt, or, read it all HERE.

From "Leave it lay"

So the Democratic Convention has begun.

There is something in me that fears and dreads all this political hoopla. I guess I can write those reactions up to the experience that I and many of my age carry-- that the first political process in which I participated was the election of '74 that elected good ol' tricky Dick Nixon--what with Watergate and all. While I did not vote for Nixon (yes, my parents raised me left, not right), I still felt the political betrayal of deceit to my bones. The Vietnam War did not help my trust of the government either. So that is the bed in which my political awareness was conceived. And even in this election, I am aware that I keep waiting for the other shoe of some type of betrayal to drop.

Given the Gospel lesson in morning prayer, I feel an invitation to view political betrayal in a new light--because I have pondered greatly on the great story of God planting a garden for us--the vision of all that could be, but a garden that was planted with a tree we should not touch and in which the snake lived. And, even amonst the disciples, the human snake in the garden God was cultivating--betrayal again.

3)
"Scott's Rott" Blog is the blog of a friend of mine from seminary who reflects biblically and theologically upon a whole host of "stuff" ... he is a brilliant guy, and I find that his humor, positive spirit, and groundedness comes through in his writing. Check it out HERE. Below is an excerpt.

One of the most enduring of truth is "hip sells". I haven't actually heard anybody say this, but I'm willing to bet. What passes for hip among folks like us, sells.

Depending on the particular us you belong to, definitions of hip vary. A lot. Let's just consider things automotive. Whether you purchase a Dale Earnhardt (rest his soul) comfortor and pillow sham set or the Hermes edition Bugatti, hipness played a big role. And I'll bet no one has ever sprung for both. 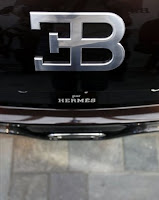 Kathleen Norris doesn't mention the word "hip" anywhere in her chapter on "The Bible Study." She may not mention the word in the book, but this seems like as good a moment as any to suggest that the meditations in Amazing Grace depends on the regular transgression of a hipness boundary that her readers roughly share.

Part of the pleasure of reading comes from believing that we're the author's kind of people. A good writer makes us feel like the rest of the world may not understand her subtle intentions, but we do. We understand just what she's saying and we're pretty sure she would like us if we ever met for cocktails.
Posted by Peter Carey on Sunday, September 07, 2008