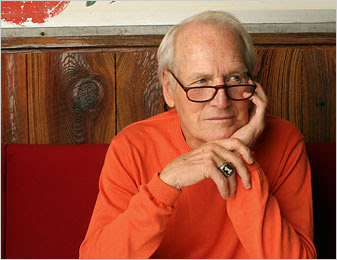 By ALJEAN HARMETZ 22 minutes ago

Paul Newman, one of the last of the great 20th-century movie stars, was also an entrepreneur and a philanthropist. Above, Mr. Newman in 2006.

(CNN) -- Paul Newman, the legendary actor whose steely blue eyes, good-humored charm and advocacy of worthy causes made him one of the most renowned figures in American arts, has died of cancer at his home in Westport, Connecticut. He was 83. 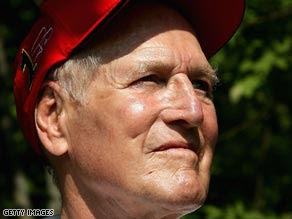 He died Friday, according to spokeswoman Marni Tomljanovic.

Newman attained stardom in the 1950s and never lost the movie-star aura, appearing in such classic films as "Cat on a Hot Tin Roof," "Exodus," "The Hustler," "Cool Hand Luke," "Butch Cassidy and the Sundance Kid," "The Sting" and "The Verdict."

He finally won an Oscar in 1986 -- on his eighth try -- for "The Color of Money," a sequel to "The Hustler." He later received two more Oscar nominations. Among his other awards was the Motion Picture Academy's Jean Hersholt Humanitarian Award.

Watch a look back at Newman's career »

"Paul took advantage of what life offered him, and while personally reluctant to acknowledge that he was doing anything special, he forever changed the lives of many with his generosity, humor, and humanness," said Robert Forrester, vice chairman of the actor's Newman's Own Foundation. "His legacy lives on in the charities he supported and the Hole in the Wall Camps, for which he cared so much."

Newman was a Method-trained actor who blazed his own career trail and didn't shy away from risky roles -- inside and outside films.

A portrayal as a race-car driver in 1969's "Winning" led to his actual competition in races; at 70, he participated in the 24 Hours of Daytona and he was still racing at age 80....