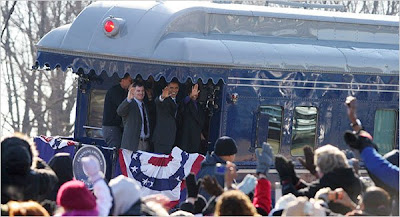 "At Long Last, Ready for the Real Deal"

In September 2008, I was invited to introduce Michelle Obama at an event in Greensboro, N.C. I had met her fleetingly during the Democratic National Convention in Boston, but I had no real sense of her personality.

I telephoned Oprah Winfrey, aware that she knew the Obamas, and asked, "What is your take on Michelle Obama?"

Oprah answered promptly and with conviction, "She is the real deal."

I waited backstage in the Carolina Theatre wings. Mrs. Obama arrived, and we sat and talked for 45 minutes. We spoke about family, the economy, youth obesity, television, music, cooking and men. I was completely won over. She neither postured nor preened. I sensed no subterfuge in her conversation. She said what she thought and said it clearly, without bombast. When I was cued to go onto the stage, I shook hands with her warmly and went to the microphone. The theater was packed, and there was no standing room. I told the audience of some of Mrs. Obama's accomplishments, and then I told them of the conversation that I had had with Oprah. I ended my introduction by saying, "Now ladies and gentlemen, please welcome the 'real deal.' "

Read the rest HERE at the Washington Post Online