"No one had a bigger tent than Jesus", says Bishop Gene Robinson 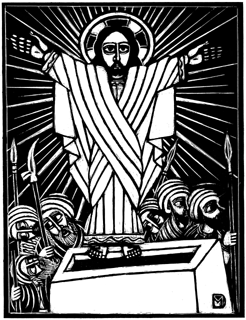 Bishop Robinson will not be offering a Christian Prayer, according to his interview in the New York Times. On the other hand, he said tonight on the Rachel Maddow show that "No One Had a Bigger Tent than Jesus." Amen to that!!

(Bishop Robinson, we love you, you have our permission to mention Jesus at the Lincoln Memorial - or at least to quote some scripture, really, we're all ok with it!)

Religious leaders from Islam, Judaism, and from the Roman Catholic Church will be offering prayers at the service on January 21st.

Will the other religious leaders be offering prayers that emerge from their own tradition, or some kind of a general "pluralistic" kind of prayer at the service at the Washington National Cathedral?

The Inauguration Committee has only released one clergy name so far for the Jan. 21 National Prayer Service that caps the inauguration. The Rev. Sharon Watkins, the first woman president of the Christian Church (Disciples of Christ), a Protestant group, will deliver the sermon.

A prayer will be offered at the National Cathedral by Ingrid Mattson, the first woman president of the Islamic Society of North America, according to an official who spoke on condition of anonymity because they were not authorized to release the information. The Islamic Society, based in Indiana, is the nation's largest Muslim group.

It is also traditional for the incoming administration to ask the Roman Catholic archbishop of Washington to lead a prayer. The Most Rev. Donald Wuerl leads the archdiocese.

And like many incoming presidents before him, Obama will attend a service at St. John's [Episcopal] Church, dubbed the "Church of the Presidents," before his swearing-in.

Mattson's participation is unlikely to be without controversy.
Posted by Peter Carey on Wednesday, January 14, 2009

I watched Bishop Gene and loved seeing him and hearing him talk about that big ol' tent of Jesus', something I love to speak of myself. I am far less eloquent however!