With wings that big, why not fly!?

Berkeley Prep pitcher Dante Bosnic has been a leader on a Bucs team that made it to state regionals. HANDOUT PHOTO
BY Jeff Berlinicke
Special Correspondent
Published: May 6, 2014
TAMPA — With Berkeley Prep’s baseball season on the brink of disaster, Dante Bosnic knew someone had to stop the bleeding.
One of a small handful of seniors, Bosnic knew the team wasn’t done. It just needed a kick.
“As a club, I knew that we could not only win, but we could go far,” Bosnic said in the Berkeley Prep field house days after pitching the Bucs to a district championship. “We knew we could beat anybody.”
The Bucs came in as a young team and lost six of eight games during a rough stretch, but they matured just in time for a late-season charge.
“I knew we would struggle, but I also always knew we would get better,” Bosnic said. “We only had four seniors, but three of them were pitchers. Usually we only have two seniors in the lineup, so we had to learn and teach each other.”
Bosnic, who will be attending Ivy League Brown University next year, said he takes his role as a leader very seriously. He’s not an in-your-face leader, he said. Setting examples is what is important.
“When things go wrong, someone makes an error, yelling isn’t the right thing to do,” he said. “If someone makes an error they understand already that they did something wrong. It’s better to teach and be educational than to tell them what they did wrong when they already know that.”
Leading comes natural to Bosnic, who has an unweighted 4.0 grade-point average. Born in the Northeast, Bosnic has no problem dealing with the icy winters at Brown, located in Providence, R.I.. He plans to continue playing baseball at the school and wants to eventually end up in the health care administration field.
Bosnic isn’t harboring any great ambitions for professional baseball and is set on going to Brown, whether or not he receives an offer in June’s Major League Baseball draft. He has his sights set on things other than baseball.
His activities aren’t limited to the baseball diamond.
He does community service for St. Mary’s Catholic Church and was part of a project to send cards to veterans on Veteran’s Day. He also helps in sending cards to cheer up prisoners.
When he isn’t swinging a bat, he can be found perfecting his golf swing at TPC Tampa Bay.
And like any other high school student, he tries his best to make time for his friends.
“That’s the most important thing in my life, my friends,” Bosnic said. “I need my friends, and they make me a lot of what I am.”
As for Berkeley Prep’s run to the regionals, getting there has been half the battle.
The Bucs haven’t been that far during Bosnic’s time with the team and hasn’t won a state title in more than 30 years.
Posted by Peter Carey on Wednesday, May 07, 2014 No comments: 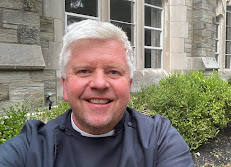