The order, by Seth Godin 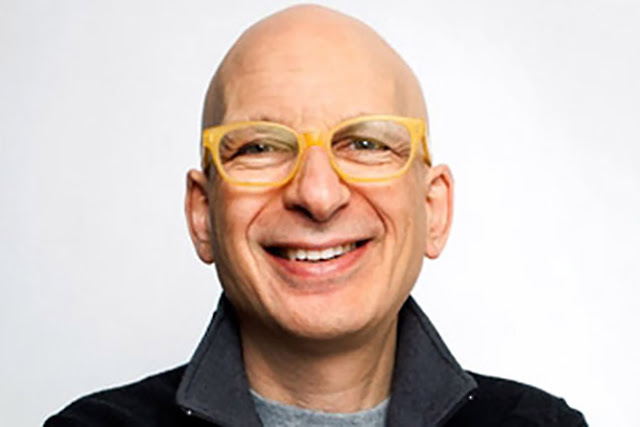 The order
It's tempting to decide to make a profit first, then invest in training, people, facilities, promotion, customer service and most of all, doing important work.
In general, though, it goes the other way.

MARY KAY SCHUENEMAN, pastor of the First Congregational Church of Cornwall, is helping her congregation plan for the future of their 215-year-old place of worship on Route 30. Independent photo/Trent Campbell

CORNWALL — Most folks turn their attention to estate planning as they approach their golden years, to make sure their worldly possessions are conveyed according to their wishes.
If individuals can make such decisions for themselves, why shouldn’t they do it for their places of worship?
It is in this spirit that the dwindling number of parishioners of the First Congregational Church of Cornwall are starting to plan for a time when there may no longer be worshippers left to hear the gospel on Sundays. Congregation leaders recently collected results of a townwide survey in which Cornwall residents were asked to weigh in on potential future uses of the historic church building at 2598 Route 30, should membership reach a point where the institution becomes unsustainable.
“We’re declining in size and inclining in age,” the Rev. Mary Kay Schueneman said of the Cornwall church’s flock of around 50, of which 15 typically show up for Sunday service. “We are committed to not just playing this out to a point of, ‘The last one out turn out the lights.’”
The Cornwall Church is not unique in confronting its mortality, in the secular sense of the word. Organized religion is on the decline throughout New England and indeed the nation. Older, longtime churchgoers are passing away and their ranks are not being filled by a younger generation. So the pews are becoming more and more empty.
And the long-term prognosis is not comforting, particularly in Vermont.
A Gallup poll released in February 2017 indicated only 21 percent of adult Vermonters describe themselves as “highly religious.” This gave Vermont the dubious distinction of being the least religious state in the union, edging out Maine and Massachusetts.
Vermont’s parting from prayer might seem counterintuitive, given its aging population — a demographic that tends to affiliate with religious institutions. But the current trend is real, and congregations are trying to prepare for the future.
Organizers of the Cornwall Church survey invited 284 Cornwall residents (by email) to complete it. They received 101 responses — a 35-percent return rate — by the time the seven-question survey closed on May 7.
“The congregation at the Cornwall UCC Church is getting smaller,” reads a preamble to the survey. “So we are looking at the possibility of transferring ownership of the church building sometime in the not-too-distant future.”
Pat Mattison, president of the Cornwall Church council, said three scenarios are slowly emerging for the building right in the tiny village: Sell it, turn it over to a nonprofit, or create a private charitable foundation to preserve the structure and find an alternative use to serve the community.
Still, it doesn’t appear passersby on Route 30 will be seeing a “for sale” sign on the lawn.
“The building is not for sale, but we would consider offers,” said longtime parishioner Jack Watts, who was instrumental in drafting the survey.

Here are some key results of the recent Cornwall survey:
•  95 percent of the respondents said they believe enough Cornwall residents would join or assist a charitable foundation to coordinate future uses of the church building.
•  65 percent of those surveyed said they aren’t interested in creating or operating the new foundation.
•  95 percent of respondents said they considered Cornwall’s historic structures to be at least “somewhat” important, with 50 percent indicating they are “extremely important.” The Cornwall Church building dates back to 1803.
•  A combined total of 61 percent of those surveyed said they believed the church space would likely be used by organizations they know or are members of.
•  89 percent said they believe a charitable foundation is an appropriate option for the future of the church building.
Some respondents included comments.
“It seems like a great wedding venue,” said one.
“Not a private home,” another wrote emphatically.
Others suggested the following alternative uses for the building: Day care, gathering space for community potluck meals and musical events, an “arts” venue, satellite office for social service organizations, or office space.
A few respondents expressed concerns that a charitable foundation could run into substantial expenses in its stewardship of the 215-year-old place of worship.
“Economics will be a huge challenge,” warned a respondent.
“Stop looking for ways to spend money,” wrote another. “The building should be sold. There is enough office space, enough meeting space. Our population numbers don’t warrant more ways to make more space with no funding.”
EXPAND MEMBERSHIP?
Some of those surveyed wondered if the church could increase its membership with more outreach.
Unfortunately, that’s easier said than done, according to Schueneman, who’s been the Cornwall Church pastor for the past seven-and-a-half years. She noted the declining number of dedicated churchgoers in the area can take their pick of parishes in Shoreham, Whiting, Bridport, Cornwall, Weybridge and Middlebury. No shortage of venues, and plenty of seating available in most cases.
The congregation owns the building and the land upon which it sits, though none of the property around it, according to Mattison. The structure has a kitchen, shares a well with two adjacent homes, and has an adequate septic system for church services and occasional functions, Mattison said. The structure is equipped with a chair lift to get disabled persons to the second floor.
The congregation maintains an endowment fund to maintain and occasionally repair the building. Having resources means parishioners aren’t under pressure to quickly convey their beloved venue. So a decision to deed away the asset would likely come down to human endurance rather than financial resources.
“With so few people, how much energy do we have available to continue this?” Mattison said.
Meanwhile, parishioners are having a parallel discussion about how to maintain their religious association if and when their meeting place is conveyed to someone else. Mattison said the congregation could perhaps negotiate an arrangement with a future owner to keep the structure available for Sunday services.
Sale of the building would present the end an era in Cornwall. Mattison noted more than five generations of some local families have attended services there. The church was organized on July 15, 1785. At the time of the building’s construction in 1803, there was only one church (in Middlebury) that had more members.
In addition to sorting out its space, the Cornwall Church congregation will need to find a new pastor. Schueneman, who is also pastor at the Middlebury United Methodist Church, will soon take the helm at a church in Michigan. Her last service at the Cornwall Church will be June 10. The church has lined up interim pastors to lead services in the near term while parishioners look for Schueneman’s successor — which could be a trickier-than-usual proposition in light of the shrinking congregation size.
Schueneman believes the Cornwall parish, with the help of the United Church of Christ, will be up to the challenges that lay ahead.
“This is how we can be faithful, to make sure this building doesn’t end up being empty,” Schueneman said.
Reporter John Flowers is at johnf@addisonindependent.com.
Posted by Peter Carey on Friday, May 18, 2018 No comments:

In you we live and move 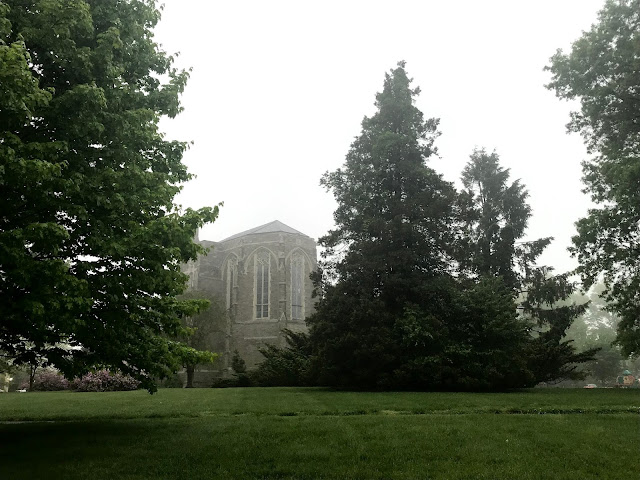 A Collect for Guidance

Heavenly Father, in you we live and move and have our being: We humbly pray you so to guide and govern us by your Holy Spirit, that in all the cares and occupations of our life we may not forget you, but may remember that we are ever walking in your sight; through Jesus Christ our Lord. Amen.
Posted by Peter Carey on Tuesday, May 15, 2018 No comments: 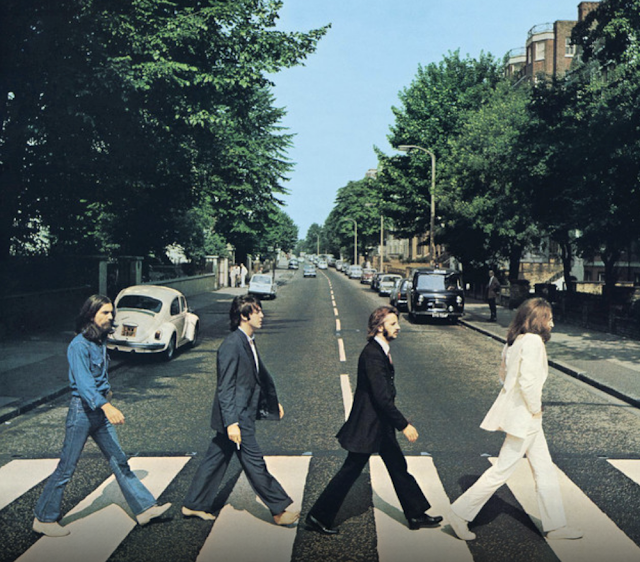 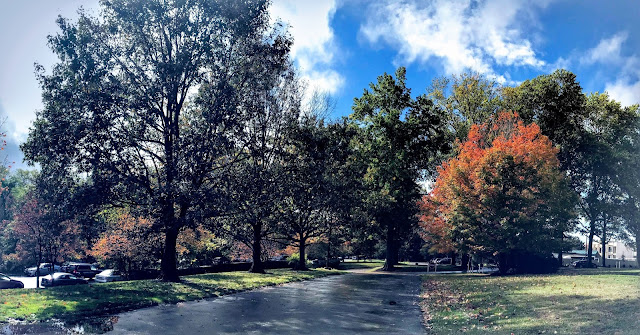 I believe in God, the Father almighty,creator of heaven and earth.
I believe in Jesus Christ, his only son, our Lord.He was conceived by the power of the Holy Spiritand born of the Virgin Mary.He suffered under Pontius Pilate,was crucified, died, and was buried.He descended to the dead.On the third day he rose again.He ascended into heaven,and is seated at the right hand of the Father.He will come again to judge the living and the dead.
I believe in the Holy Spirit,the holy catholic Church,the communion of saints,the forgiveness of sins,the resurrection of the body,and the life everlasting. Amen.
Posted by Peter Carey on Thursday, May 10, 2018 No comments:

Arise, shine, for your light has come 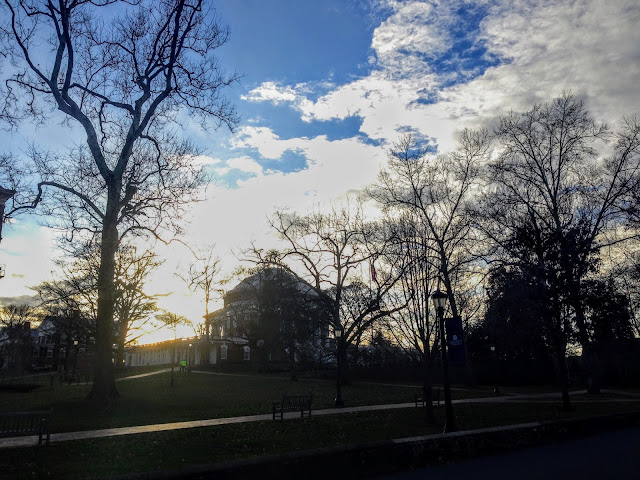 Arise, shine, for your light has come, *and the glory of the Lord has dawned upon you.
For behold, darkness covers the land; *deep gloom enshrouds the peoples.
But over you the Lord will rise, *and his glory will appear upon you.
Nations will stream to your light, *and kings to the brightness of your dawning.
Your gates will always be open; *by day or night they will never be shut.
They will call you, The City of the Lord, *The Zion of the Holy One of Israel.
Violence will no more be heard in your land, *ruin or destruction within your borders.
You will call your walls, Salvation, *and all your portals, Praise.
The sun will no more be your light by day; *by night you will not need the brightness of the moon.
The Lord will be your everlasting light, *and your God will be your glory.Glory to the Father, and to the Son, and to the Holy Spiritas it was in the beginning, is now, and will be for ever. Amen.
Posted by Peter Carey on Wednesday, May 09, 2018 No comments:

Pour into our hearts 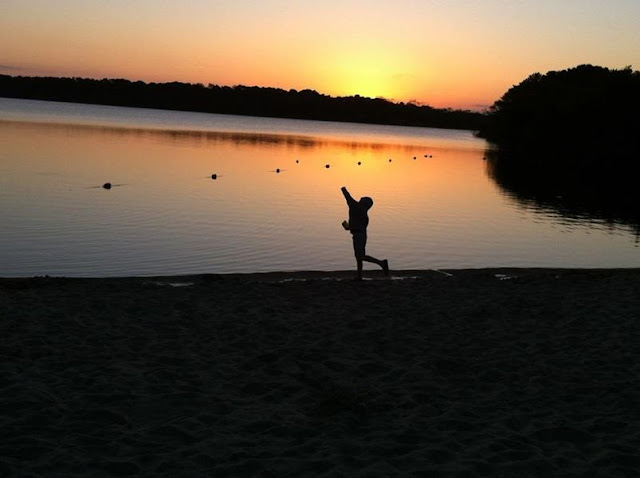 Collect of the Day: The Sixth Sunday in Easter

O God, you have prepared for those who love you such good things as surpass our understanding: Pour into our hearts such love towards you, that we, loving you in all things and above all things, may obtain your promises, which exceed all that we can desire; through Jesus Christ our Lord, who lives and reigns with you and the Holy Spirit, one God, for ever and ever. Amen.
Posted by Peter Carey on Sunday, May 06, 2018 No comments: