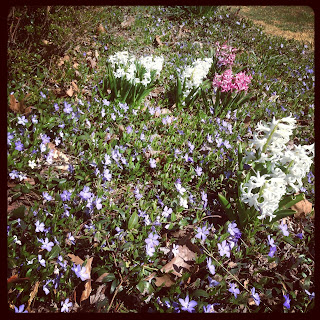 
Suddenly Jesus met Mary Magdalene and the other Mary and said, "Greetings!" And they came to him, took hold of his feet, and worshiped him. Then Jesus said to them, "Do not be afraid; go and tell my brothers to go to Galilee; there they will see me."

While they were going, some of the guard went into the city and told the chief priests everything that had happened. After the priests had assembled with the elders, they devised a plan to give a large sum of money to the soldiers, telling them, "You must say, `His disciples came by night and stole him away while we were asleep.' If this comes to the governor's ears, we will satisfy him and keep you out of trouble." So they took the money and did as they were directed. And this story is still told among the Jews to this day.