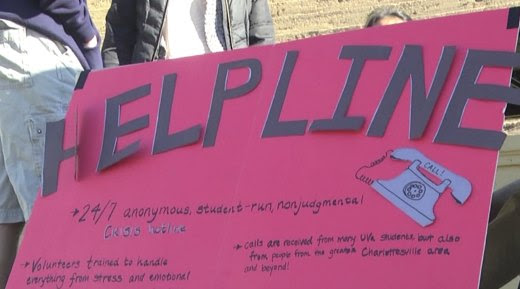 Members of the University of Virginia men's lacrosse team held a flag football tournament to honor the life of a former teammate.
Teams from several universities along the east coast played in the fifth annual Will Barrow Memorial Flag Football Tournament Saturday at Lambeth Field.
The friendly games raised funds for the UVA help line - an anonymous and confidential telephone service. Organizers say it's a positive way to remember their teammate - who took his own life in 2008.
"He was such an awesome leader, awesome teammate, and when everyone comes together for a cause like this - from other teams, it just brings everyone together for a good cause," said UVA lacrosse player Bobby Hill.
Each tournament has raised about $10,000 since the event started five years ago.
Posted by Peter Carey on Saturday, November 09, 2013