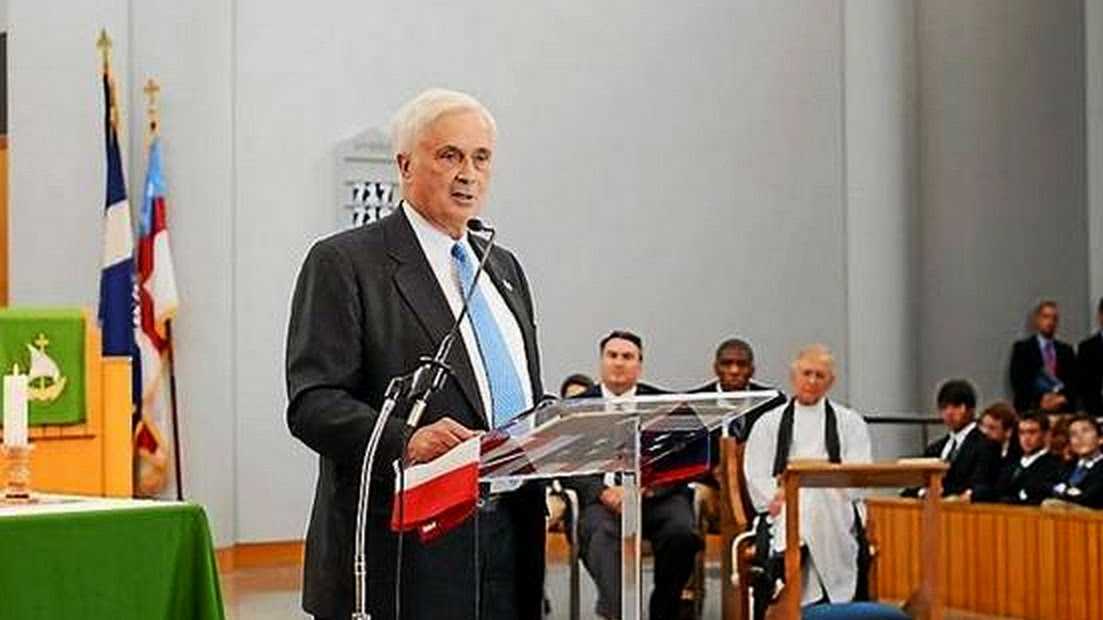 NEWTOWN SQUARE — Thomas B. Locke, who oversaw the 9/11 investigation from FBI headquarters back in 2001, delivered a heartfelt speech and presented the school with a truly special gift — a flag that flew on the USS Cole and at Ground Zero — during the Episcopal Academy’s annual Chapel recently.
The father of current Episcopal Head of School T.J. Locke, Tom Locke enjoyed a distinguished 32-year career as a special agent with the FBI, working for the bureau from right after his graduation from Catholic University in 1970 until he retired in 2002.Prior to giving his Chapel speech, Locke was introduced by his son, T.J., who called his dad “an American hero” and was emotional as he recalled his inability to reach his father in Washington, D.C., for large stretches of time on Sept. 11, 2001.
Tom Locke mesmerized the Chapel audience, displaying a rare ability to deliver positive messages based on the one of worst days in U.S. history.
Read it all HERE
Posted by Peter Carey on Sunday, September 28, 2014