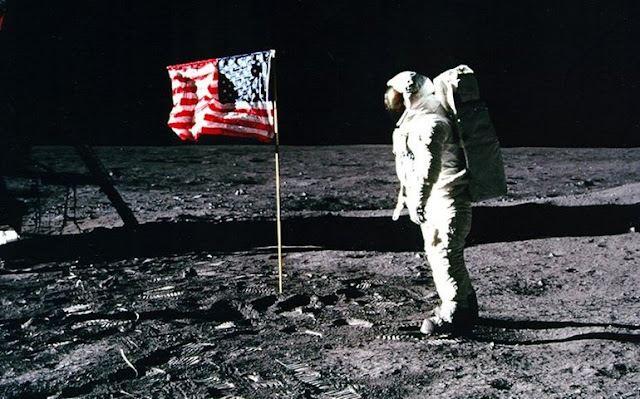 It was the day the Earth stood still, all eyes on the moon. On July 20, 1969—exactly 46 years ago today—a half billion people around the globe watched on television as astronaut Neil Armstrong slowly descended a short ladder from the Eagle lunar module and planted the first human footstep on the natural satellite orbiting our planet.
"That was one small step for a man," said Armstrong, though "a" somehow got lost in transmission, "one giant leap for mankind."
If anything, those famous first words were an understatement. Armstrong's moonwalk was the stunning culmination of a challenge issued just eight years earlier by a young president who dared Americans to dream big, come together and ask what they could do to make their country and the world a better place.
Posted by Peter Carey on Monday, July 20, 2015