"Your theory" by Seth Godin 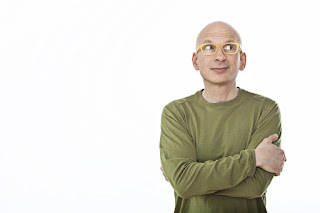 Of course, you have one. We all do. A theory about everything.
You're waiting for 7:20 train into the city. Your theory is that every day, the train comes and brings you to work. Today, the train doesn't come. That's because it's Sunday, and the train doesn't run on the same schedule. Oh. So you've learned something, and now you have a new theory, which is that the train comes at 7:20 on weekdays only. And you'll keep working with that theory, and most of the time, it'll help you get what you want.
And you have a theory that putting a card into the ATM delivers money.
And you have a theory that smiling at a stranger increases the chances that you'll have a good interaction.
And on and on.
Many theories, proposals about what might work in the future.
We can fall into a few traps with our theories about humans:
[PS The Marketing Seminar is accepting new signups right now.]
Posted by Peter Carey on Friday, January 05, 2018