Henry Beston: "The Outermost House and the Great War" Part 1 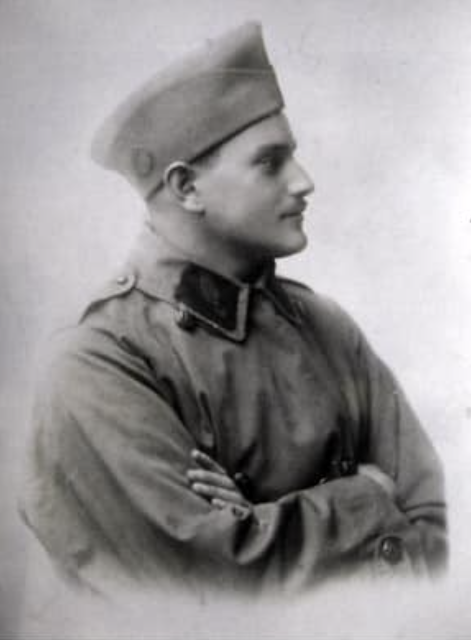 “The Outermost House” & The Great War

When the National Park Service proposed the preservation of the Outer Beach of Cape Cod during the 1950s, it cited Henry Beston’s book, “The Outermost House,” to make its case. “Because of Henry Beston’s work, many have visited Cape Cod to experience an extraordinary spiritually charged natural environment,” James C. O’Connell wrote in his 2003 book, Becoming Cape Cod: Creating a Seaside Resort.

Yet, Beston’s first stop on the road to this peaceful solitary setting was witnessing some of the worst carnage that the battles of World War I, or the “Great War,” where he served as an ambulance driver, had to offer.

The author of “The Outermost House” was born Henry Sheahan on June 1, 1888, in Quincy, Mass., and graduated from Harvard in 1911. After teaching at the University of Lyon in France, he returned to the states — but only briefly.

in 1915, Henry recalled “a pleasant August afternoon, and the Sunday papers brought along on a family picnic at the beach, and great headlines, a picture of Kaiser Wilhelm and the War. My own recollections here turn into something of an old film.”

Feeling a sense of loyalty to his mother’s native country, Beston’s medical training from his family proved to be useful as a member of the Harvard Ambulance Service, serving with the French army “in Lorraine at the wood of the Bois le Pretre.” His brother, George, a noted Quincy surgeon, also served in France in a hospital of the British Expeditionary forces.

Beston’s recollections of the war were “a long, long winter, the great melancholy sound of distant cannon in the night, a bombarded town and the arriving whizz and rending crash of the big shells, an air shell at Verdun which all but got me.” The April 22, 1916, edition of The Patriot Ledger of Quincy referred to the Battle of Verdun as “the greatest battle ever fought in the history of the world.”

“His service in the ambulance section, known as the Section Sanitaire Americaine, No. II took him right into the seat of the battle, where the trenches were strewn with dead and dying and where huge shells from German cannons made life continually one of the greatest hazard,” The Patriot Ledger reported.

Already a well-known correspondent for newspapers and magazines, Henry penned the first of many books – “A Volunteer Poilu” – based on his World War I experiences. He returned home with many items from the battles, including a gas mask, his own trench helmet, German shells and grenades, and photographs he took during combat.

On May 3, 1916, Henry recalled his experiences for the Special Aid for American Preparedness Society of Boston. “Words fail to depict conditions they fight under,” he said of the French soldiers. His address to the Society resulted in numerous pledges of support raising money for the ambulance corps.

Beston later served as a correspondent for the U.S. Navy, which resulted in a second book about the war, titled “Full Speed Ahead.” He survived the war, but the memories would haunt him for many years to come. Only on Cape Cod could he begin to find the spiritual cleansing that he so desperately needed.

“When he came to Cape Cod, he was really in search of peace,” said Nan Turner Waldron, author the book, “Journey to Outermost House,” in 1992. “Like anyone who’s been to war, you’re scarred. He never spoke of it as being scarred, but he was affected deeply by it. He came to Cape Cod in search of something for himself.”