My Church Doesn’t Know What to Do Anymore Last year was hard, but at least the answers were straightforward. By Elizabeth Felicetti

My Church Doesn’t Know What to Do Anymore

Last year was hard, but at least the answers were straightforward. 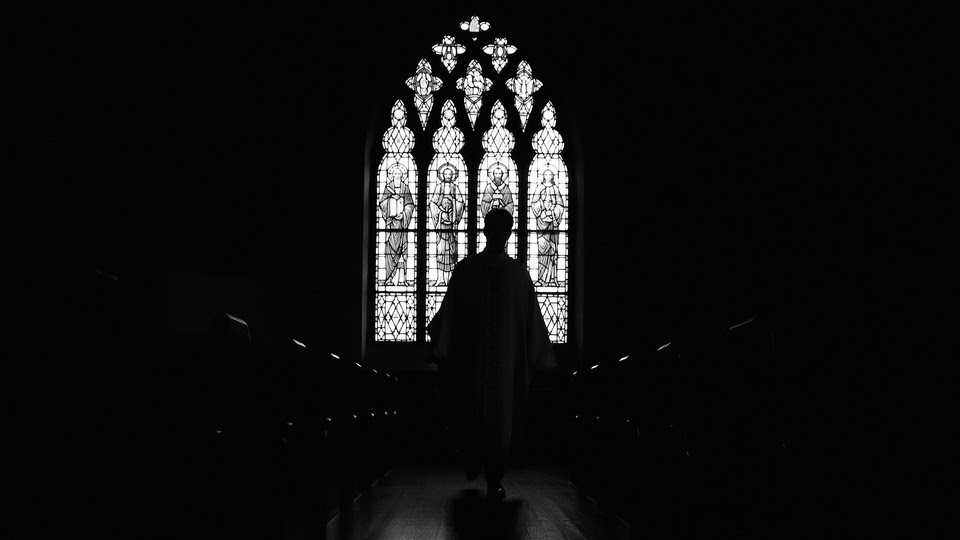 About the author: Elizabeth Felicetti is the rector of St. David’s Episcopal Church in Richmond, Virginia. Her book on the fruits of infertility is forthcoming from Eerdmans.

After fielding back-to-back complaints about masks in church—one regarding a fellow parishioner who had shirked a mask during a recent service and the other wondering whether our congregation had changed its policy from “strongly recommended” to “required,” because “everyone” was wearing them—I realized something surprising: Leading a church is harder now, in 2021, than it was in 2020, during the worst of the coronavirus pandemic. Last year, state and diocesan mandates meant I could throw up my hands and respond, “Sorry, not up to me.” And anyway, the answer was, for the most part, a straightforward “no”—no, we can’t gather for services, and no, we can’t sing. Now it is up to me, the rector of St. David’s Episcopal Church in Richmond, Virginia, and I am struggling to find a way forward.

Like so many other communities, we first closed to in-person worship in mid-March 2020. We reopened in a limited way that July: Singing wasn’t allowed, every other pew as well as prayer books and hymnals had been removed, masks and reservations were required, seating charts enforced social distancing, no plate was passed, and people in Ghostbuster-like getups sanitized between services. We were compelled to close again in December 2020 because of rising case numbers in our county, and we reopened on Palm Sunday this year. During the closures, I told everyone we were still open, just in a different way. We live-streamed on Sundays. We set up times when people could come pick up factory-sealed sacraments, without ever having to get out of their car. We put on drive-through events for kids. We provided Sunday-school videos. Kids created virtual stations of the cross—they drew, made Lego scenes of, or enacted the 14 stations—photos of which we collected and posted in a Facebook album during Holy Week.

Funerals and weddings were canceled, postponed, or held with limited numbers of attendees and without receptions. I could not perform last rites—praying and anointing with blessed oil—for a dear man who died from COVID-19. Instead, I texted with his family at the end. “He loved you,” his wife said.

Eventually the bishop who oversees the diocese of southern Virginia lifted all mandates except the prohibition on the common chalice, empowering parish clergy to make the decisions that others had dictated to us for more than a year. By that time, most of the adults in our congregation had been vaccinated, but kids under 12 still couldn’t be. We put all the chairs back in the nave, opened the windows, and made masks mandatory for unvaccinated people and encouraged for everyone else.

We started to allow a little singing, with masks, but we shortened the songs to keep services brief. I trimmed my sermons to 1,000 words. For those who were uncomfortable with this, we created a separate seating area in the parish hall where masks were required, singing was prohibited, and people could watch the live-stream projected on a wall. A few families with young kids, as well as some who had other health concerns, tried that. It worked for a couple of weeks. Then they asked, “Why don’t you make the people who don’t want to wear masks sit in here instead?” If they were watching the live-stream projected on a wall, they reasoned, they might as well watch from home.

I don’t know how to make this work. After a year of trying to assure people that we were still the church even when we weren’t in the same room, I don’t know how to convince them now of the importance of gathering in person. I know that if they are watching from home, fancier churches all over the country offer much slicker streamed services than our suburban church with its secondhand camera and duct-taped tripod. And no matter what we do, it isn’t going to work for someone. A few families have started attending larger churches with more—or less—restrictive masking policies. I also know that kids’ sports, held outdoors, have fewer restrictions, and that returning to a church habit after 20 months away gets harder with each passing Sunday.

In 2020, no one could come to church. Now some of my parishioners are choosing not to. I can see on social media that many are at restaurants or parties, but I don’t see them in person on Sunday mornings. The pandemic has accelerated trends I’ve heard about at church conferences since I was first ordained: Sunday attendance will shrink, so churches need to focus on the people outside our walls. Just before the pandemic began, a study published by Faith Communities Today, a multifaith research organization, found a 7 percent median decline in religious attendance across the country. Although membership in our church rose until 2020, attendance had declined since 2014. Our annual reports didn’t ask for last year’s attendance figures, but this year, we’re averaging 66 people on the Sundays we’ve been open. Before we shut down in 2020, our average Sunday attendance was 139.

No one has yet complained about short sermons, but some wish we had cut more music instead of two Bible readings. When people complain, they sometimes add, “But we know you have to.” But I don’t have to in 2021. I am trying to follow guidance, but the only actual mandate now is about the chalice. I can’t imagine the drama that will unfold when a common chalice is permissible again. Some want it already, while others want us to keep the pre-packaged sacrament forever. Does this mean 2022 will be even harder than 2020 and 2021? Our donation pledges were down last year. I’m wincing in anticipation of this year’s fundraising campaign. In 2020, we had a Paycheck Protection Program loan that helped us with payroll. But after last year’s campaign, I had to cut my hours. We don’t have an endowment.

Elizabeth Bruenig: How is a Catholic supposed to think about the COVID vaccine?

Of course, this is about more than the finances of our parish: These people who are not coming to church aren’t clients or subscribers or colleagues. They are my parishioners. I have held their hands as they cried after telling me secrets or while grieving—but not lately, because we cannot touch. I have pressed home-baked bread into their hands—but not lately, because we use factory-sealed sacraments. I have hugged their children and drenched adults and kids with waters of baptism—but the last time I baptized someone was in January 2020.

Colleagues tell me to put my faith in Jesus. That makes me feel horrible as I struggle to find solutions to help us thrive both now and when things are “back to normal.” I am sick of innovating and pivoting and wondering if St. David’s is struggling because my faith isn’t strong enough. When others tell me that 47 people have joined their church since the beginning of the pandemic, expletives dance in my head.

Historically, the Episcopal Church has embraced middle ground. Queen Elizabeth I tempered the controversy surrounding Roman Catholics and Protestants in the Church of England during the Reformation by encouraging worshipping the same way, via a common prayer book, while allowing for a diversity of beliefs. St. David’s, the church I have served for 10 years, is a genuinely diverse congregation in terms of belief, socioeconomic class, and political views. We’ve weathered the controversy over gay marriage and the political divisions wrought by the 2016 election, but I worry that we won’t be able to make it through the rest of the pandemic with our differing risk tolerances and approaches to masks. I can’t find a middle way in these times.

Elizabeth Felicetti is the rector of St. David’s Episcopal Church in Richmond, Virginia. Her book on the fruits of infertility is forthcoming from Eerdmans.