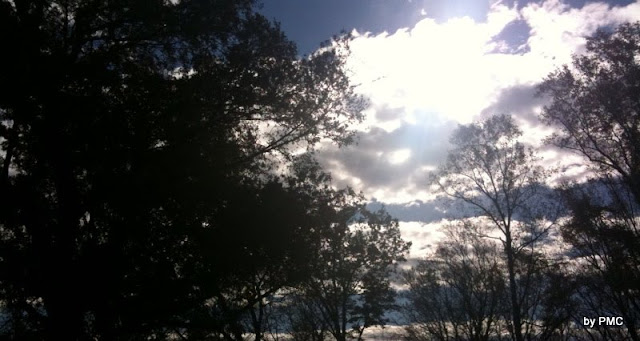 44 "The kingdom of heaven is like treasure hidden in a field, which someone found and hid; then in his joy he goes and sells all that he has and buys that field.

45 "Again, the kingdom of heaven is like a merchant in search of fine pearls; 46 on finding one pearl of great value, he went and sold all that he had and bought it.

47 "Again, the kingdom of heaven is like a net that was thrown into the sea and caught fish of every kind; 48 when it was full, they drew it ashore, sat down, and put the good into baskets but threw out the bad. 49 So it will be at the end of the age. The angels will come out and separate the evil from the righteous 50 and throw them into the furnace of fire, where there will be weeping and gnashing of teeth.

51 "Have you understood all this?" They answered, "Yes." 52 And he said to them, "Therefore every scribe who has been trained for the kingdom of heaven is like the master of a household who brings out of his treasure what is new and what is old."

It seems to me sometimes that the teachings of the Bible have been discussed, debated, preached, and learned so often that we tend to forget that some of them are really just quite weird!  The string of sayings by Jesus here in Matthew 13: 44-52 are some pretty good examples.  Jesus uses the literary form of simile (this is like that) to describe and teach what the Kingdom of God is all about.  The problem is, the teaching leaves me feeling at least as confounded as when he began, and I imagine that the disciples were probably equally confused.

I suppose it might just be that Jesus was on an "off" day in his teaching - maybe there was a lot going on for him, he might not have slept, might have had to go rescue lost sheep, or might have been obsessing about those strange magi and shepherds whose image he can't get out of his mind.  So, perhaps Jesus just didn't have his second cup of coffee.

On the other hand, perhaps he is actually trying to confound us.  These images of the Kingdom of God are of course, images that seem nothing like the kingdoms of the world, and we know that Jesus was a messiah like no other.  He was no military revolutionary or benevolent monarch who would rule Palestine with justice and mercy.

Beyond the newness and strangeness of Jesus as Messiah, these sayings are just weird.  A man hears about a field with treasure and buys it "with joy."  A merchant sells all that he has for one pearl.  And fishermen catch a big haul of fish, bring them to the shore and sort out the good from the bad.

Flannery O'Connor once wrote, "you shall know the truth, and the truth shall make you strange."  I believe that Jesus is painting some strange and abstract images for his disciples and for us.  The kingdom of God is weird, and it makes us strange.  To delve into our faith and to read, mark, learn and inwardly digest scripture we begin to see that Jesus is staking a radical claim for a new kind of living, and is staking a claim for a truly abundant, and strangely wonderful, life.

So, I hope that we all might experience the Kingdom of God today, in all its weird and wonderful qualities.