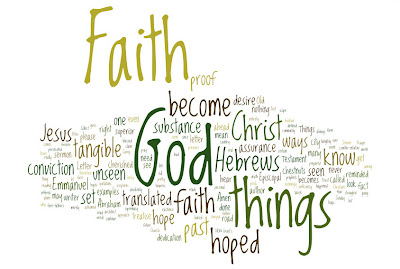 The Rev. Peter M. Carey
Sermon – 8 August 2010
Proper 11
Emmanuel Episcopal Church
Greenwood, VA
Episcopal Diocese of Virginia
The Letter to the Hebrews is neither a letter, no is it written to Hebrews.  It is most likely a sermon or a treatise and its name comes from its approach to Christianity, namely it is defined in Judaic terms.  We don’t know who wrote Hebrews either.
Other than a few quotations that are cherished chestnuts for Christians, many people have never read Hebrews in its entirety.  Have you? Hmmm.
The book presents a reasoned argument for the absolutely supremacy and sufficiency of Christ who is the revelation of God’s grace.    The author’s elaborate analysis is based on the Old Testament – arguing that Christ is superior to the prophets, angels, and Moses.  Finally, Christ is the superior High Priest who has offered a full and true sacrifice, obliterating any petty sacrifices of the past.  And, this is not a distant and mysterious event, for Christ has become one among us, and by his presence, his Incarnation, God is with us – Emmanuel.
The reading for this Sunday from Hebrews reads, “Faith is the assurance of things hoped for, the conviction of things not seen.”  This is one of those cherished chestnuts of the Christian scriptures.  But, what does it mean?  A key is to look at the words translated “assurance” and “conviction.”
First, what is translated “assurance” could also be more tangibly translated “substance,”…so, this thing called Faith is the very substance of things hoped for.  Faith is the tangible, feel-able, solid aspect of things hoped for.  Second, conviction can be translated as proof … The proof of things not seen.
Things “merely” hoped for become things of structure, they become tangible.  Things unseen become not only seen but they become proof.
Faith is the substance of hope, Faith is the proof of the unseen. . .
...read the rest HERE...
Posted by Peter Carey on Sunday, August 08, 2010