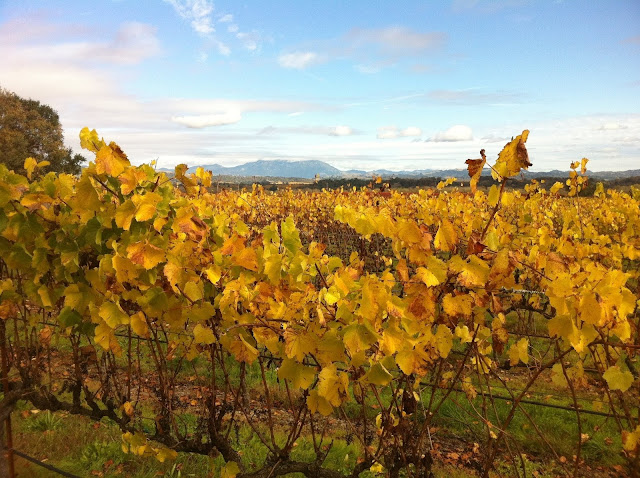 The poem begins as a pleasant “love-song” but builds in a crescendo of intensity,  finally leaving the listener with a message of divine justice and divine judgment.


The prophet Isaiah describes the situation of God, the farmer, who is cultivating and planting a vineyard as his righteous people in the world.  However, the people had strayed, and become wild, stinking, worthless grapes, not the cultivated grapes that a vineyard owner would expect. In the 8th Century B.C.E, the reign of King Uzziah had brought wealth and prosperity to the wealthy and powerful in Judah.   In its historical context, this song is aimed at those oppressive leaders who benefited from this time of prosperity on the backs of the poor.  However, this poem has resonance for us as well, as we contemplate the ways that God has provided gifts for us, that we are called upon to care for, cultivate, and produce “good grapes” that God expects.
The audience of Judah is told of the beloved farmer who had a vineyard  on a fertile hill that is prepared by the beloved farmer, the work of digging, of clearing, of planting, of building, and hewing.   This intense work with the “fertile” ground would lead any good farmer to think that the vineyard would yield good fruit, and the farmer expects this result.


John Calvin, in his commentary on Isaiah stated, “The incessant care and watchfulness of God in dressing his vine are asserted by the Prophet, as if he had said, that God has neglected nothing that could be expected from the best and most careful householder.”  He expects it to yield good fruit.


The ground was fertile, and the farmer did excellent work.  No mention of animals that have attacked the crop.  They just don’t grow.


Why did these excellent, choice vines yield stinking, worthless grapes?  The audience and the reader is left wondering why, indeed did such a loving, careful, and diligent farmer have a vineyard with such stinking, worthless, and wild grapes.


Verses five and six switch to the words spoken by God; by the farmer - the judge(!).  This language of the removal of protection, which will bring about destruction of the vineyard by the hands of outsiders would be understood in the 8th century Jerusalem context as referring to the military invasions and destruction that would soon befall Judah, but also has a universal message.  How well have we cared for our vineyards?


Here the vineyard will be made a waste by neglect.  Just in case the audience and reader had not understood the point, verse seven makes explicit the referents in this allegory:  “the judgment is upon you!” -- the inhabitants of Jerusalem and the people of Judah. Where the Lord expected holy justice, what grew was bloodshed; where the Lord expected righteousness, what grew was oppression and exploitation.


Isaiah takes his audience through a journey of seven verses from a “love song,” to a description of loving planting, to a judicial defense for growing worthless crops, and finally to the message of judgment for Judah and Jerusalem for their stinking and worthless grapes/behavior.


In musical terms, the prophecy is made in a crescendo, beginning softly and calmly and gradually grows in volume, precision, and violence until the audience and reader are left with the awesome and frightening message of judgment.
A main take-away for us, is the same message that is made for the people of Israel.  We are asked to to see that we are the vineyard, and have some responsibility for the type of fruit that comes to life.  Here, we are led to repentance and also to greater action in order to care for the cultivated grapes, to secure the boundaries, and to offer our work in order to care for and steward God’s garden.


We will all be judged, and we are given the opportunity by God to judge ourselves before the hedge is removed.    Just as the vineyard was the people of Judah, the vineyard is us as well.  We are called to respond with justice to the bloodshed that we see in this vineyard, so that God will respond with compassionate action..  We are called to hear the cries of distress and respond with righteousness, so that God will hear and respond to our own outcries with God’s righteousness.  Isaiah 5:1-7 was a prophecy and a call to action in the 8th century B.C.E. to Judah, and it is a prophecy and a call to action for us today.
Posted by Peter Carey on Sunday, October 08, 2017