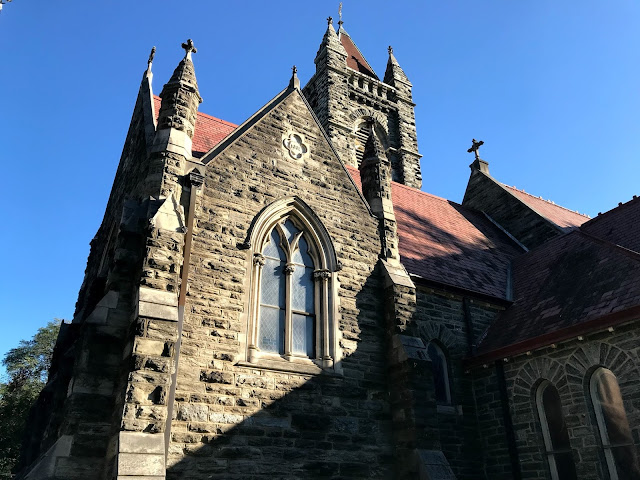 
When we read snippets of the scriptures in church every week, we are at risk of not really knowing the full story.  Or, perhaps the preacher decides to preach one week on the Hebrew Scriptures and then the next week dip into the gospel.  Or, we might come to Evensong, and the readings are taken from the Evening Daily Office, which we may only be following, if we pray the Daily Office.


This may be like turning into your favorite television series one week after missing a week or two, or for those of us who read to our our children at bedtime, you may be working through a beloved book, but your spouse did the bedtime reading the last two nights, and you are dipping into the story lacking the previous two chapters.


Today’s snippet of the Gospel of Luke is a marvelous look at an early part of Luke’s Gospel, and in it, Luke does a wonderful of painting a picture of a day in the life of our Lord as he does his ministry and teaching.


Looking at where this scene falls in Luke’s gospel, a reader quickly sees that this is the first time that Jesus is teaching outside of the synagogues.  He had overcome temptation in the wilderness, and had done an exorcism and a healing, and had taught in “the synagogues of Judea,”  but this was his first time preaching the good news of God’s love for all outside of the political/religious establishment.  He preaches, and then he “catches” some disciples.


We see the creative mind of Jesus when he felt “the crowd pressing in on him,” and he decided to go out into a boat in order to continue his preaching to the crowds.


We see that Jesus has a deep and clear understanding that what he is doing is not a mere lesson, not mere words of wisdom, not merely advice.  Jesus “sits down” on the boat and taught the crowds from the boat.  This visual of Jesus sitting down would instantly conjur up the image of the rabbis and temple elders when they would teach and preach in the synagogues.  For first century Jews, the action of sitting down to teach would signal the most formal and powerful teaching by a religious authority.


After the teaching, Jesus knows full well how difficult it can be to move through a crowd of people, and so, instead, he asks Peter to go out into deeper water in order to fish. There, in the deep water, Jesus encourages Peter to make a change, and fish on the other side of the boat.  There, the nets became so full of fish that they could not hold the fish.


Sea of Galilee - Lake Gennesaret
Its area is 166.7 km2 (64.4 sq mi) at its fullest, and its maximum depth is approximately 43 m (141 feet).[3] At levels between 215 metres (705 ft) and 209 metres (686 ft) below sea level,[4] it is the lowest freshwater lake on Earth and the second-lowest lake in the world (after the Dead Sea, a saltwater lake).[5]The lake is fed partly by underground springs although its main source is the Jordan River which flows through it from north to south.


Let’s be very plain about this part of the story.  Jesus tells his new followers to go deep in order to be fed.  In order to get what they truly want, they must think creatively, and then seek the treasures of the deep.   In the deep water, the portion of the sea fed by freshwater springs, and activated by the flow of the Jordan River, there is where Jesus instructs them to find treasure.


Once they find the treasures of the deep, in the midst of the preaching and teaching and fishing, Jesus challenges them:


“Jesus said to Simon, ‘Do not be afraid; from now on you will be catching people.’ 11When they had brought their boats to shore, they left everything and followed him.


The Greek verb zogron (“catching”) was commonly used of teachers: they caught their students and thereby brought them new life. Peter, James and John make a total commitment...


The disciples give up everything and follow Jesus. God often calls people right out from their everyday lives, even from their places of work.  Moses while tending sheep, Gideon while beating wheat, and Isaiah in the temple.  The disciples are “caught” by God and then give up all they had to follow Jesus.


Being prepared to “leave everything and follow.”  What are we needing to leave behind so that we can truly get out on the boat, up in the balcony, up in the sky and see as God sees?  How creative have we been in our thinking, and in our work, and living - have we thought to throw the nets over the other side?  Have we attempted to put out our nets into the deep, living,” water?


Here is where Jesus begins his ministry of preaching a gospel of love by healing those who were thought to be beyond the pale, of welcoming those who had been cast out, and of turning the assumptions of the world upside down.  So, we too, should embrace this gospel of radical love, and be “caught” by the nets of Christ. 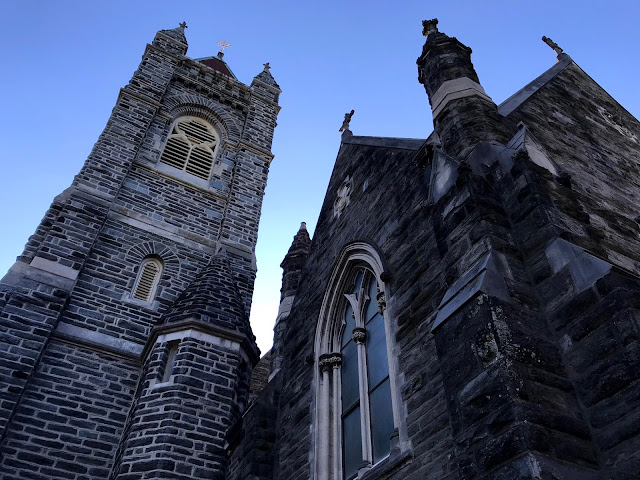