I have been reflecting on what is the meaning of "hardness of heart" in the Bible, most notably when Pharaoh had a hard heart and would not let the Israelites go to the Promised Land.  Today, I ran across this moving quote and poem in Bishop Carol Gallagher's blog, "mamabishop": 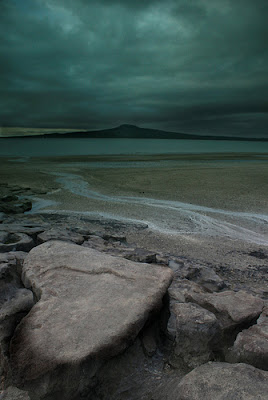 Now when he rose early on the first day of the week, he appeared first to Mary Magdalene, from whom he had cast out seven demons. She went and told those who had been with him, as they mourned and wept. But when they heard that he was alive and had been seen by her, they would not believe it.

After these things he appeared in another form to two of them, as they were walking into the country. And they went back and told the rest, but they did not believe them.

Afterward he appeared to the eleven themselves as they were reclining at table, and he rebuked them for their unbelief and hardness of heart, because they had not believed those who saw him after he had risen. And he said to them, “Go into all the world and proclaim the gospel to the whole creation. Whoever believes and is baptized will be saved, but whoever does not believe will be condemned. And these signs will accompany those who believe: in my name they will cast out demons; they will speak in new tongues; they will pick up serpents with their hands; and if they drink any deadly poison, it will not hurt them; they will lay their hands on the sick, and they will recover.”

So then the Lord Jesus, after he had spoken to them, was taken up into heaven and sat down at the right hand of God. And they went out and preached everywhere, while the Lord worked with them and confirmed the message by accompanying signs. Mark 16:9-20

The rain comforts the mourning
our hearts are on the ground
nothing left for us to do
but sit and rock and weep.

The woman's words are no comfort
just idle tale of an old crone
the wild wishes of a broken heart
insanity acting out the impossible.

We know better how the world is
the best are taken and we abandoned
God was teasing us and taunting now
we are left incapacitated and alone.

We are realists and practical ones
we labor with our bodies our handshake is good
the hopes and new world he inspired in us
was just a passing woman's dream.

Here he stands again no longer broken
our shame and shortsightedness before us
better than his promises he appears
and promises to love us despite ourselves.

We can now look up in place of shame
we are called again part of a family
needed for the life of the world
and for God's love active within us.
Posted by Peter Carey on Saturday, September 14, 2013

nice post!!! we have this post of our shop. you can visit of of our site.visit woodcarvingarts.webs.com