In my sermon yesterday, I mentioned some of the great work that former Virginia Lacrosse player Wyatt Melzer is doing with Harlem Lacrosse & Leadership , and just today I saw the NYTimes had run this great article about the growth of lacrosse in various areas of New York City: 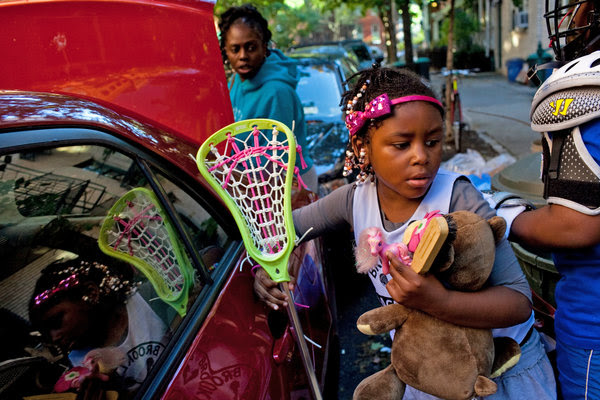 Dave Sanders for The New York Times
The Whitleys on their way to lacrosse practice at Brooklyn Bridge Park.