Awesome night of soccer at Klockner! 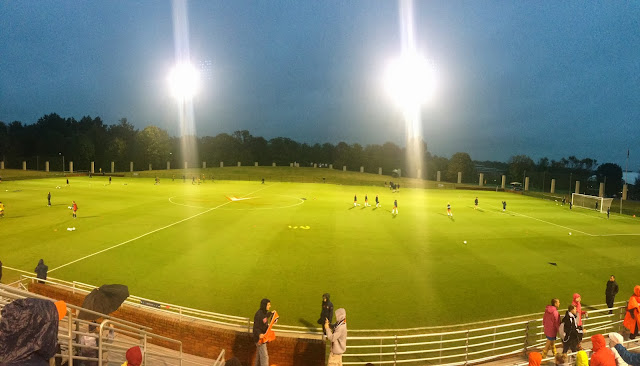 Great article on "Streaking the lawn" 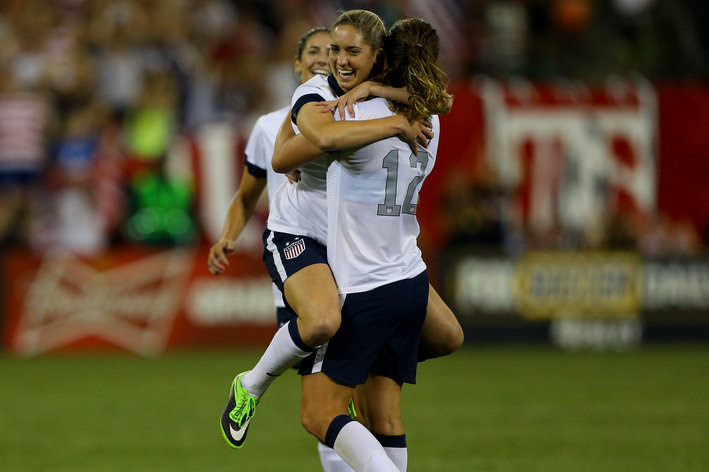 Patrick Smith
Before a record crowd at Klockner Stadium the #1 Virginia women's soccer team kept their record unblemished, dropping the Fighting Irish of Notre Dame 3-2 in double overtime.
The Virginia women's soccer team put its #1 ranking and undefeated, untied record to the test on Thursday night against their stiffest competition of the year: #9 Notre Dame. The game lived up to the hype and so did the 'Hoos, as the Cavaliers came away with a 3-2 win in double overtime at a rain-soaked Klockner Stadium.
A Klockner Stadium women's soccer record crowd of 2838 fans got to watch a treat of a game, even if they did it from the cover of numerous umbrellas scattered throughout the bleachers. It was the second time in three games that a new attendance record was set for a women's game.
Junior Morgan Brian's golden goal header in the 101st minute - the first minute of the second overtime - sent the record crowd into a frenzy. Of course, it also sent the Notre Dame coaches and players into a frenzy as they attempted to contest the goal. An Irish defender had kicked the ball out of the goal, but the assistant referee (or whatever they call the guy with the flag on the sideline) emphatically raised his flag saying the ball had crossed the line before getting kicked out.
Posted by Peter Carey on Friday, October 11, 2013