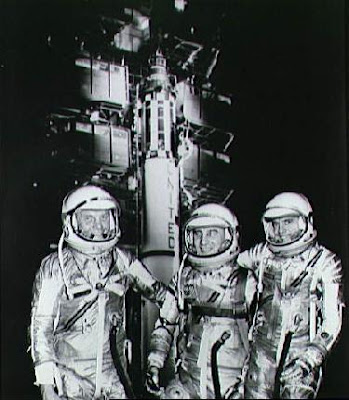 My friend Jim Richardson has a very helpful post today about the continuing "Days of Our Anglican Lives" that is the melodrama of the Episcopal Church and the Anglican Communion. Read it HERE.

My favorite quote:
"just because a group of disaffected former Episcopalians wish to call themselves “Anglican” does not make them Anglican any more than it makes them astronauts..."

I have posted an excerpt below. I think Jim summarizes some aspects of our current situation quite well. Thanks Jim!

To put that in perspective, the total attendance for the Episcopal Church is about 804,000, so the breakaways represent a bit more than 2 percent. In terms of membership, we are at about 2.15 million, and the breakaway churches have about 49,000 members (again assuming all 49,000 are seceding, which they are not). To put it another way, the total communicants of the Diocese of Virginia is considerably larger than the four breakways dioceses combined. Again, do the math – they may be loud, but the breakaways aren’t large.

The breakaway bishops agree on one thing: they don’t want gay people in the church. Beyond that, they are already finding it difficult to find common agreement, much as they label what they are doing as a “common cause.”

There are already schisms within the schismatics. Bishop Jack Iker of Fort Worth, who has for years been vocally against the ordination of women, has already said he is in a state of “impaired communion” with another of the breakaway dioceses because that bishop is ordaining women.

And just because a group of disaffected former Episcopalians wish to call themselves “Anglican” does not make them Anglican any more than it makes them astronauts...
___________________

Peter, the rural Missouri version of that line of thinking is in the old saw, "Just because you walked in the barn, it doesn't make you a cow."