Rowan Williams affirms the unique value of every life, from the Telegraph (UK) 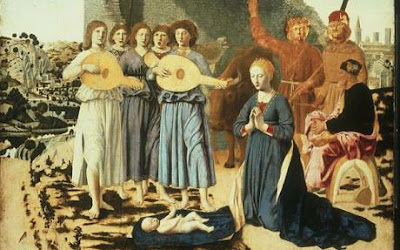 Dr. Rowan Williams writes a reflection in the Telegraph (UK) in which he argues, "Put aside your principles and remember: All you need is love."

Here are a couple of good bits:
And Christmas is supremely the story of a God who is not interested in telling us about principles. First comes the action – God beginning to live a human life. Then comes the appeal: do you love and trust what you see in this human life, the life of Jesus? Then the implication: everyone is capable of saying yes to this appeal, so no one is dispensable. You don't and can't know where the boundary will lie between people who belong and people who don't belong.
...

People react impatiently to this, asking why religious believers should be taken seriously when they talk about economics. Fair enough. But the whole point is that the believer doesn't want to talk about economics, only to ask an "unprincipled" question – to make sure that principles don't simply block out actual human faces and stories. How we make it all work is vastly complicated – no one is pretending it isn't. But without these anxieties about the specific costs, we've lost the essential moral compass.

So Christmas doesn't offer an alternative set of economic theories or even a social programme. It's a story – the record of an event that began to change the entire framework in which we think about human life, so that the unique value of every life came to be affirmed and assumed.

All of us, Christians most definitely included, have problems living up to this. But that's one reason why we tell this story repeatedly, the story of the "unprincipled" God who values what others don't notice, who relates to people we'd all rather forget, whose appeal is to everyone because he has made everyone capable of loving response. At least once a year we all – Christians or non-Christians – need to hear again that permission to be free from principles so that we can ask the question about specific human lives and destinies, about the unacceptable cost of programmes and systems when they are only about me and people like me.

And when that question is asked, says Karl Barth in his sermon, what begins to come through "the eternal light that requires nether fuel nor candlestick".

As any reader of this blog would figure out quite quickly, I am a big fan of the present occupant of the cathedra in Canterbury. My interest and admiration is tempered by a sense that he still seems to be willing to affirm the "unique value" of certain members of the Anglican Communion while calling for gay people to bear the costs. I do wonder (and he has a brilliant mind!) does he see that though these are beautiful words, worth reflecting on, does he see that his actions have the effect of dis-affirm-ing the "unique value" of gay people?

In any event, his essay is a beautiful one, worth reflecting on, and is worth reading while listening to some other geniuses from the UK.