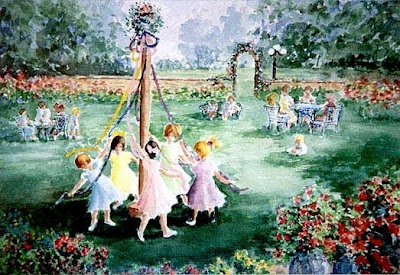 The Imagined Community of the Anglican Communion by Frank Turner

Here are a few tidbits:

"One of the reasons for the use of “Anglican Communion” as part of what the Archbishop of Canterbury terms “our identity” resides quite simply in the hubris of the claim that the Anglican Communion is the third largest Christian denomination in the world after the Roman Catholic Church and the Eastern Orthodox Church. It is, however, important to recognize that the churches in this communion are not all the same, represent distinctly different histories and cultures, use different prayer books, different liturgies, and different modes of ecclesiastical governance."

"The good that the Archbishop of Canterbury seeks to achieve is the unity of an imagined Anglican Communion that has virtually no existence in reality. In support of that unity he willingly sacrifices the ordination of women, the appointment of women to the episcopate and the exclusion of gay and lesbian people from ordination and the episcopate. For the sake of unity of a communion that does not really exist, he has (perhaps unwittingly) fostered turmoil, dissension, and schism. "

In response, I think that "More than a via media" gets this one right in the posting TEC's Manifest Destiny? The first line is priceless: "Call yourself an Anglican? Well, The Episcopal Church has news for you. You aren't." Read it all.

My own response has yet to appear at the "Daily Episcopalian" section of Episcopal Cafe (if they don't publish my comment, that, in and of itself, will be interesting). Writing from memory, here's what I said:

"Mr. Turner's frontal assault on the very idea of Anglican catholicity at least has the merit of clearly and decisively answering the question raised by Rowan Williams: 'Are we prepared to work at a common life which doesn't just reflect the interests and beliefs of one group but tries to find something that could be in everyone's interest - recognising that this involves different sorts of costs for everyone involved?'"

The Archbishop of Canterbury asked this question in his 2006 statement The Challenge and Hope of Being an Anglican Today.

Mr. Turner - and most of the commentators responding to his piece - have answered with a resounding, "No!"

I submit that it is precisely this answer to this question that is starting to make many moderate Episcopalians jump off the ship that our national leadership is currently steering.

If that's true, it bodes ill for a Church that continues to hemorrhage money and membership.

I appreciate your comment here and on Daily Episcopalian...very helpful to fill out the discussion. I do hope that we not only "imagine" but believe that there really is something to Anglican catholicity.

Interestingly, and perhaps ironically, the concept of Ubuntu, at least as Dr. Michael Battle taught it to me is not merely a "General Convention theme" but is a deep level of catholicity ...

Sorry, Peter, didn't see you had posted a response to my initial comment before I 'fired' back about how my comment over at Episcopal Cafe was finally posted.

I agree with you about the whole Ubuntu concept. If that means anything at all, then that, too, is an argument against Frank Turner's piece at Episcopal Cafe. In fact, given the Presiding Bishop's endorsement of Ubuntu as the theme for the last General Convention (even if, as many conservatives might argue, that endorsement collapses into contradiction and hypocrisy), Mr. Turner is arguing against the very Episcopal Church he claims "has chosen to tread the path of Christian liberty."