Advent: waiting and doing nothing! from Torey Lightcap 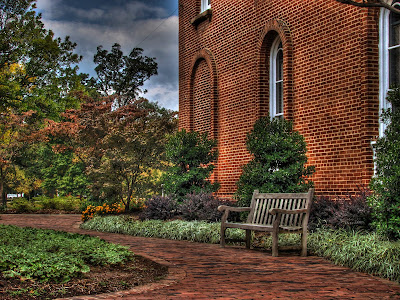 This is really quite good! From The Episcopal Cafe:


The Importance of Waiting and Doing Nothing: an Advent reflection:
...
...one of my seminary professors, Bill Adams, had a habit of just sitting around on many of the benches scattered about the school. He pointedly did nothing. People would walk up to him and ask him what he was doing. “Nothing,” he would say. “Can I try?” they would ask, and they would sit for a few moments before being overtaken by the anxious enormity of whatever task next lay before them. The majority of supposedly contemplative clergy-in-training could stop long enough to just luxuriate in the power of doing nothing.

It’s a testimony to Bill’s leadership and thoughtfulness that after his retirement he began to build benches, a few of which are on campus. To my knowledge he builds them to this day. Every time I visit the seminary and see a place to sit, I remember him taking up residence and doing nothing. How evocative, easily misunderstood, seemingly anachronistic.

It’s no surprise, then, that when we hear that Advent partly means waiting on the Messiah, it’s easy to lose the thread of what that’s really all about. In our culture, in our time, waiting is passive sport. Some people are better at it than others.