Lent - Could this be a season to reduce our use of planetary resources? Check out "No Impact Man" 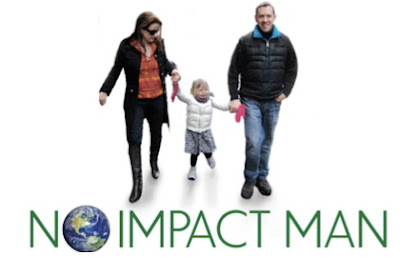 I used to wonder: What does it matter if I choose to use planetary resources more carefully? Can I really make a difference?

I might also have asked: What does it matter if I choose to show up at a rally to advocate for clean energy and end to coal burning? I will be one of thousands who may make no difference to the political process, at least that's what the pessimist in me used to want to say.

We all make a difference. This is our world and our life. We just have to live as though that is true to make it true.

That's why, on Monday, I joined thousands of others at the Capitol Climate Action, a protest against a coal-burning planet in the middle of DC. It's a symbol--a coal-burning plant that powers the United States Capitol at a time when we need to move away from coal rapidly.

And it's not just about climate. The local city councilor stood up and told us that 14 percent of the area's children suffer from asthma, thanks partly to the power plant.

So I stood in the freezing cold, in the snow, with leaky shoes, and felt proud of the bunch of other people who had shown up because they wanted to be the type of people who try. When thousands of people care enough to take the time and stand in the cold, doesn't that make a difference to you?