I wonder how the news/blogs/angry whiners might spin this Episcopal News in a negative way...?

Seems pretty cool to me! 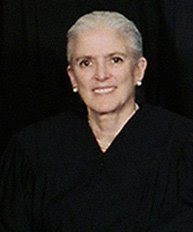 [Episcopal News Service] Emily C. Hewitt, one of the first women ordained a priest in the Episcopal Church, was named March 23 by President Barack Obama to be the chief judge of the U.S. Court of Federal Claims.

The court hears cases of monetary claims against the U.S. government. Its highest-profile cases in recent years concerned claims of injury from compulsory childhood vaccinations.

Hewitt was a leader of the effort to open Episcopal Church priestly ordination to women. She was one of the first 11 women ordained to the priesthood on July 29, 1974, before the church's canons allowed women to be priests.

The General Convention, which met two years later, agreed to open the priesthood and episcopate to women as of January 1, 1977. The House of Bishops also agreed at that convention that Hewitt and the other 10 women ordained at Philadelphia, and another four women who had been ordained in 1975 in Washington, could be enrolled in the priesthood by their bishops in completion or conditional ordination services in their dioceses without being re-ordained. Women had been eligible to be deacons since 1970.

More information about the history of women's ordination in the Episcopal Church is available here.

Hewitt, 64, has served on the Court of Federal Claims since her confirmation by the Senate in 1998. Prior to her appointment to the Court of Claims, Hewitt was appointed general counsel to the General Services Administration during the Clinton Administration.