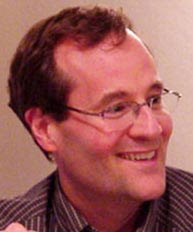 Along with many others, I mourn the death of Jim Kelsey!

Before serving in Oklahoma and Michigan, Jim Kelsey was a beloved priest in my home Diocese of Vermont in the late 1970s and the early 1980s and I came to know him when I was a camper at the diocesan camp, Rock Point in the early 1980s. He was the leader of a 10 day camp conference of high school students and was the "producer" and "director" as we put on a video of "DANIEL." I remember well his inspired and grounded leadership, always punctuated by his lively humor and ability to connect with high schoolers, with counselors, with volunteer staff, and with all ages. He helped us see the book of Daniel in a new way as we dressed up as lions to fight Daniel in the lions' den, as we climbed into a cardboard "fire hut" and danced to the Talking Heads' "Burning Down the House" depicting Meshach, Shadrach, and Abednago, Daniel's three friends...I have vivid memories of Jim, and would be blessed to be but a fraction of the person and priest that he was.

[ENS] Bishop James Kelsey of the Episcopal Diocese of Northern Michigan was
killed in a road accident at around 4 p.m. on Sunday, June 3, while
returning to Marquette from a parish visitation...

..."The Episcopal Church has today lost one of its bright lights," Presiding Bishop Katharine Jefferts Schori said. "We will be less without the easy grace of Bishop James Kelsey -- Jim to most of us -- and we shall miss his humor, insight, and passion for the ministry of all. He gave us much. We pray for the repose of his soul, and for his family. We pray also for the Diocese of Northern Michigan. All of us have lost a friend. May he rest in peace and rise in glory."

I wrote about him in a paper for seminary this spring, an excerpt of it is below...

Presider over the Mysteries
The priest has an important sacramental function in the life of a Christian community. Priests take on the task of gathering the people together around the Altar, the Lord’s Table and stands in the place of Christ to take, bless, break and give the Eucharistic Feast to God’s people. As my liturgics practicum teacher said, the priest is the “presider over the mysteries.” At the time, I was quite a bit intimidated by this description, but my own sense of this role has grown and deepened while I have been in Seminary, and as I have functioned as the deacon of the table at my field education site. I have grown to see that this role of presiding over the mysteries is, indeed, a powerful and important part of the priestly functions. The priest who embodies this in a deep and powerful way is someone who led summer conferences at the diocesan camp that I attended back in the 1970s and 1980s. Now, he is bishop of the Diocese of Northern Michigan, Jim Kelsey. The reason he comes to mind is that he does, indeed preside over the mysteries, but he does it with an amazing spirit of joy, gratitude and enthusiasm. I was reminded of his joyful presiding when he ordained a good friend of mine last year at VTS. When Jim says, “The Lord Be with You,” he says it because he really means it, with a deep sense of earnestness and authority. He knows the Eucharistic prayers well, but does not seem at all to be going through the motions, he is really celebrating the Eucharist, and as he offers himself to the mystery, he opens it up for the congregation who are also celebrating the Eucharist as well.

We really have lost one of the bright lights of our church and our world.
Posted by Peter Carey on Monday, June 04, 2007