John Polkinghorne on the place where science and religion meet... 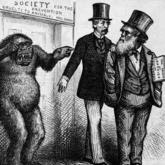 From the London Times:

September 19, 2008 Shining a light where science and theology meet

Why literal creationists are abusing and misinterpreting scripture

An irritating feature of modern life is the way in which useful words get hijacked and used for different, and often unacceptable, purposes. An example is “creationist”. As a Christian believer I am, of course, a creationist in the proper sense of the term, for I believe that the mind and the purpose of a divine Creator lie behind the fruitful history and remarkable order of the universe which science explores. But I am certainly not a creationist in that curious North American sense, which implies interpreting Genesis 1 in a flat-footed literal way and supposing that evolution is wrong.

The irony of this notion of creationism is that it not only involves many scientific errors, but is also the result of a bad theological mistake. When we read any kind of deep literature, if we are to give it the respect that it deserves we must make sure we understand the genre of what is written. Mistaking poetry for prose can lead to false conclusions. When Robert Burns tell us his love “is like a red, red rose”, we know that we are not meant to think that his girlfriend has green leaves and prickles. Reading Genesis 1 as if it were a divinely dictated scientific text, intended to save us the trouble of actually doing science, is to make a similar kind of error. We miss the point of the chapter if we do not see that it is actually a piece of deep theological writing whose purpose, through the eight-times reiterated phrase “And God said, ‘Let there be . . .”, is to assert that everything that exists does so because of the will of the Creator. Thus literal creationists actually abuse scripture by the mistaken interpretation that they impose upon it.

Shining a light where science and religion meet...
Posted by Peter Carey on Monday, September 22, 2008