It's "Reformation Sunday" ... a few reflections 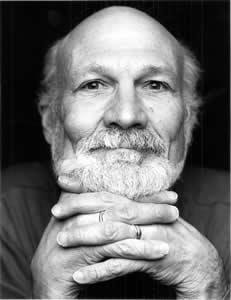 First, from Stanley Hauerwas, courtesy of the "Covenant" Blog...

As much as I love singing “A mighty fortress is our God,” I see little reason to celebrate “Reformation Sunday,” observed today by many Lutherans and other Protestants. (No doubt many reformed Anglican congregations observe it as well.) Hauerwas’s rhetoric is, unsurprisingly, provocative, but in a divided Church I think it important to remember this day not as a triumph but as a failure:

You can tell the destructive character of that narrative by what it has done to the Jews. The way we Protestants read history, and in particular our Bible, has been nothing but disastrous for the Jews. For we turned the Jews into Catholics by suggesting that the Jews had sunk into legalistic and sacramental religion after the prophets and had therefore become moribund and dead. In order to make Jesus explicable (in order to make Jesus look like Luther - at least the Luther of our democratic projections), we had to make Judaism look like our characterization of Catholicism. Yet Jesus did not free us from Israel; rather, he engrafted us into the promise of Israel so that we might be a people called to the same holiness of the law.

This whole sermon is online here.

On October 31, 1517, a seminary professor and monk named Martin Luther nailed 95 propositions for debate to the door of the Wittenburg Castle Church.

This action touched off what we now call the Reformation. There is joy in what the Reformation brought about in that having the Bible and the worship in the language of the people (rather than Latin) is a direct result of the debate Luther began within the church. But, the Reformation also led to the prefusion of denominatons and led to more persecutation of persons of varying Christian beliefs.

Thanks Peter...this is thought-provoking. A year ago I attened a Reformation Sunday service at a Lutheran church (it was the fall break Sunday from field ed =-)), and as someone passionate about ecumenism, I had very mixed feelings about it. Always fascinating to hear Hauerwas's take!

Last night I went to the 30th anniversary celebration of the only Episcopal-Catholic parish in the world...much easier for me to celebrate that.