This article in the New York Times is important, and also disturbing .. and points out just one of the most dramatic of the many hidden costs of (perpetual?) war: 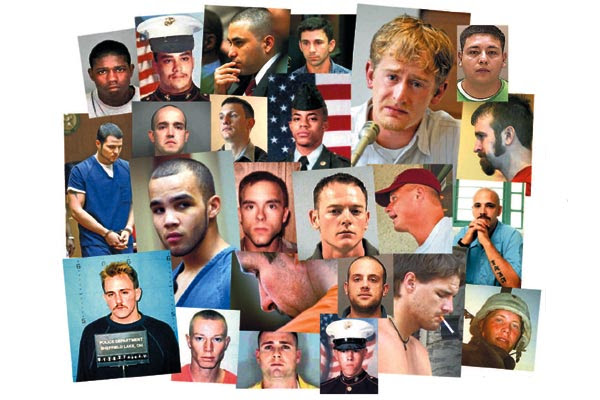 Late one night in the summer of 2005, Matthew Sepi, a 20-year-old Iraq combat veteran, headed out to a 7-Eleven in the seedy Las Vegas neighborhood where he had settled after leaving the Army....

This particular 7-Eleven sits in the shadow of the Stratosphere casino-hotel in a section of town called the Naked City. By day, the area, littered with malt liquor cans, looks depressed but not menacing. By night, it becomes, in the words of a local homicide detective, “like Falluja.”

Mr. Sepi did not like to venture outside too late. But, plagued by nightmares about an Iraqi civilian killed by his unit, he often needed alcohol to fall asleep. And so it was that night, when, seized by a gut feeling of lurking danger, he slid a trench coat over his slight frame — and tucked an assault rifle inside it.