Prayer is the substance of eternal life, Evelyn Underhill 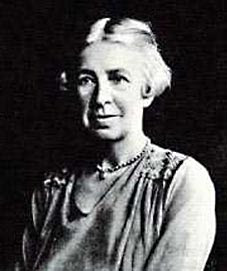 Prayer is the substance of eternal life. It gives back to man, in so far as he is willing to live to capacity - that is to say, to give love and suffer pain- the beatitude without which he is incomplete; for it sets going, deepen and at last perfects that mutual indwelling of two orders which redeems us from unreality, and in which the creative process reaches its goal. There is, as Bremond has said, even in the poorest and crudest prayer "a touch of Pentecost." It awaits and expects the action of the Spirit, acknowledges the most mysterious and yet the most certain reality of our experience; the intercourse of the Transcendent God with fugitive man, and of fugitive man with the Transcendent God. Yet all our attempts to describe this mysterious reality are like the scientists' attempts to describe the universe; at worst diagrammatic, at best symbolic and allusive. It eludes definition, refuses to be caught in the meshes of the mind. We cannot say of it on God's side, "Lo! ther ethe beginning"; nor on man's side, "Lo! here"; becaue it comes not with observation, but emerges unperceived from the deep ground of being where we do not know ourselves apart from Him. There, beyond thought, the pressure and invitation of God is experienced by the creature, and thence there filters into consciousness some response to the Unseen; an act of loving attention, a submission, a supplication. Here is the beginning of prayer, and hence it spreads to include at last every level of our being, every aspect of our existence, and bring into concsious expression its fundamental relation with God."